Throughout their storied career, The Lox have never put on airs about what they do. Hard-nosed, unapologetic and lyrically adept, the trio of Jadakiss, Styles P and Sheek Louch are so synonymous with gritty, East Coast rap, that when they named their sophomore album We Are The Streets, the bold statement went uncontested. To this day, the group’s catalogue is regarded as a blistering masterclass in inner-city storytelling.

Given this reputation as a no-frills outfit, newer fans that remember their days with DMX’s tight-knit Ruff Ryders click are often bemused when they find out that, prior to signing with their fellow Yonkers native, they were aligned with a mogul who sees grandiosity as next to godliness. 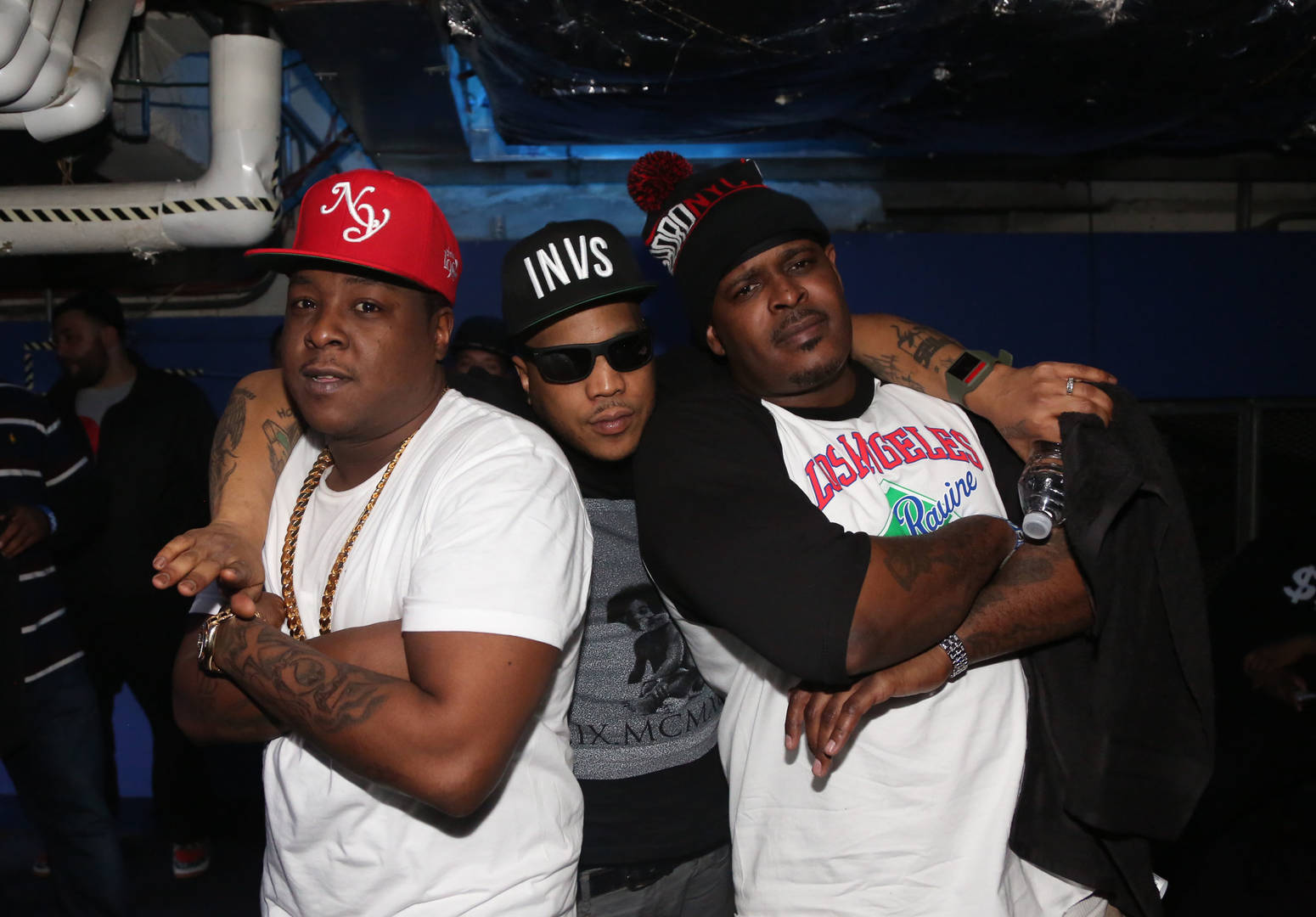 The architect of what’s been retrospectively known as “the jiggy era,“ Bad Boy CEO Sean Combs, then known as Puff Daddy, had fashioned an empire that was built on chart-ready output and unapologetic opulence. Although their flagship artist, The Notorious B.I.G, was no stranger to recounting tales of peddling drugs and pulverizing enemies, the grit was offset by a mafioso-style flashiness that was in line with the glamour of Combs’ R&B and hip-hop imprint.

After making waves on the local circuit and garnering attention with a rugged, Jaz-O-produced demo tape– which can be found online for all the completists out there– the group then known as The Warlox were courted by a smattering of major labels. In fact, as Sheek Louch revealed, the group was even scouted by a West Coast label that shared their key concerns of Money, Power & Respect and then some.

LISTEN: The Warlox demo that got them signed

“Suge’s like, ‘I need y’all to come out here,” he said of Death Row’s attempts to sign the group during an interview with VladTV. “‘Y’all sh*t is hot’ and yada yada. Before we signed with Puff. Crazy stuff.”

Unwilling to switch turf at a time when territorial sentiments between East and West were still very real, the group would actually be placed into Diddy’s orbit by the 1990’s emergent queen of soul, Mary J Blige.

“She was like a number one fan for us.” Sheek informed MTV way back in 1998 as the deal came to fruition. “She was loving our music before anybody, and she just brought us to Puff. Puff was looking for a group, a rap group, at that time. It was instant.It just clicked like that. It was chemistry.”

Locked into a multi-album deal, the group were overjoyed. “When we signed with Bad Boy, they were like the Chicago Bulls, they were like the Lakers in the early 80’s,” Jadakiss reflected to Revolt in 2015. “It was a no brainer. Big was there, the whole world was trying to get next to B.I. He embraced us, so that was a priceless feeling. Being with Diddy, the mogul of moguls and Biggie, the lyricist of lyricists, that’s a sandwich that you wanna be a part of.”

Within weeks of signing, the group would be indulging in a lifestyle that went far beyond anything that their upbringing had afforded them. As Sheek Louch put it, “With Diddy, it felt like he was always celebrating something.”

The lucrative deal and newfound wealth didn’t come without an adjustment period, and almost as soon as they arrived,  Diddy mandated that they’d have to change their name. When looking back during an interview with HipHopDX, Jadakiss suggested that their naivety and the esteem that they held Puff in meant that they were more receptive to it than they may have otherwise been.

“Just as we were about to sign, or maybe the week before we signed, he said ‘ya’ll the LOX, ya’ll figure it out, but no more Warlox’,” Kiss recalled. “He was like MJ in his prime, so everything he said was golden. We didn’t know a lot about marketing and he said Warlox wasn’t marketable.”

Soon, the trio would go on a feature run that was seemingly engineered to make them stars; and establish a captive fanbase in the process. From DJ Clue tapes, and Mase’s “24 Hours To Live,” to Mariah Carey’s “Honey” remix and Life After Death’s “Last Day,” the honeymoon period at Bad Boy was nothing if not fruitful.

On top of Jadakiss penning Diddy’s iconic verse from “It’s All About The Benjamins,” their own appearance on the track– which Kiss and his comrades claim that Puff “forced” them to get on–– would formally ingratiate them to the commercial marketplace and netted them the number two spot on the Billboard charts. 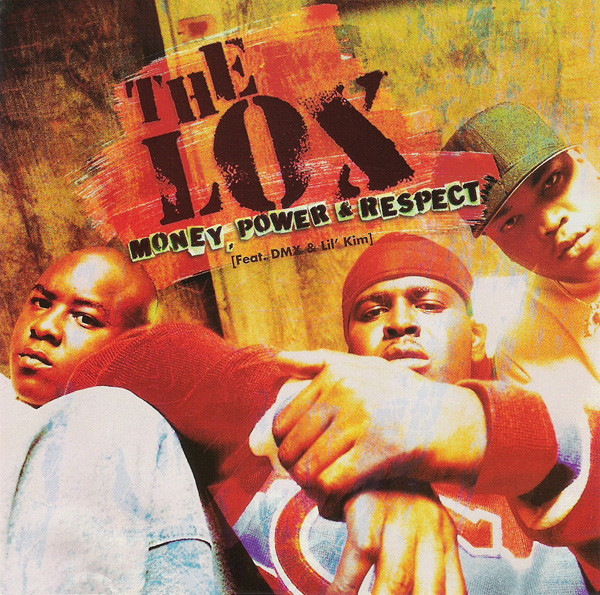 Powered by their signature back-and-forth flow, the crew would release their debut album, Money, Power & Respect in 1998, scoring their only platinum-certified project, a number three album and their most commercially successful single with the record’s beloved title track.

From the outside looking in then, it’s fair to say that, by this time, everything seemed harmonious between Bad Boy and The Lox. Nonetheless, behind-the-scenes, gaps in ideology between Puff and the former coke dealers from Yonkers began to rear its head.

The trio, discontent with the direction that Puff was sending them in, would wage their revolutionary “Let The Lox Go” campaign across 1999-2000, complete with merchandise and impromptu pep rallies atshows. Including, but not limited to, their performance at the 2000 Hot 97 Summer Jam, which Puff was front and center for.

WATCH: The Lox “If You Think I’m Jiggy”

No longer willing to stand idly by as Rod Stewart hits were interpolated into what should’ve been an authentic sound, Diddy was initially reluctant to let them renege on the deal. However, as Jadakiss revealed during a now famous HipHopDX interview, the ties were fInally severed when flying projectiles came into play.

“Styles threw the chair at Puff. I ain’t sure, but that was probably the last straw for that. After that little incident happened, I think that’s when we decided to part ways.”

Chalked up to a combination of being “really fucking angry and really fucking stupid” by Styles himself, the rash move nevertheless achieved what they wanted. As Sheek Louch told New York Daily News upon their release, it provided them with an opportunity to reconnect with their roots.

“We were watered down. Bad Boy’s image was flossy. But we’ve always been – straight underground, straight ghetto.”

Now freed from their bedazzled constraints, The Lox found a more homespun record label that was attuned to where their heads were at, in the form of DMX’s Ruff Ryders staple. Aside from their vital contributions to the Ryde Or Die series and the whole host of solo albums from each member that the deal would yield, pivoting to X’s camp also paved the way for their definitive group statement with 2000’s We Are The Streets. 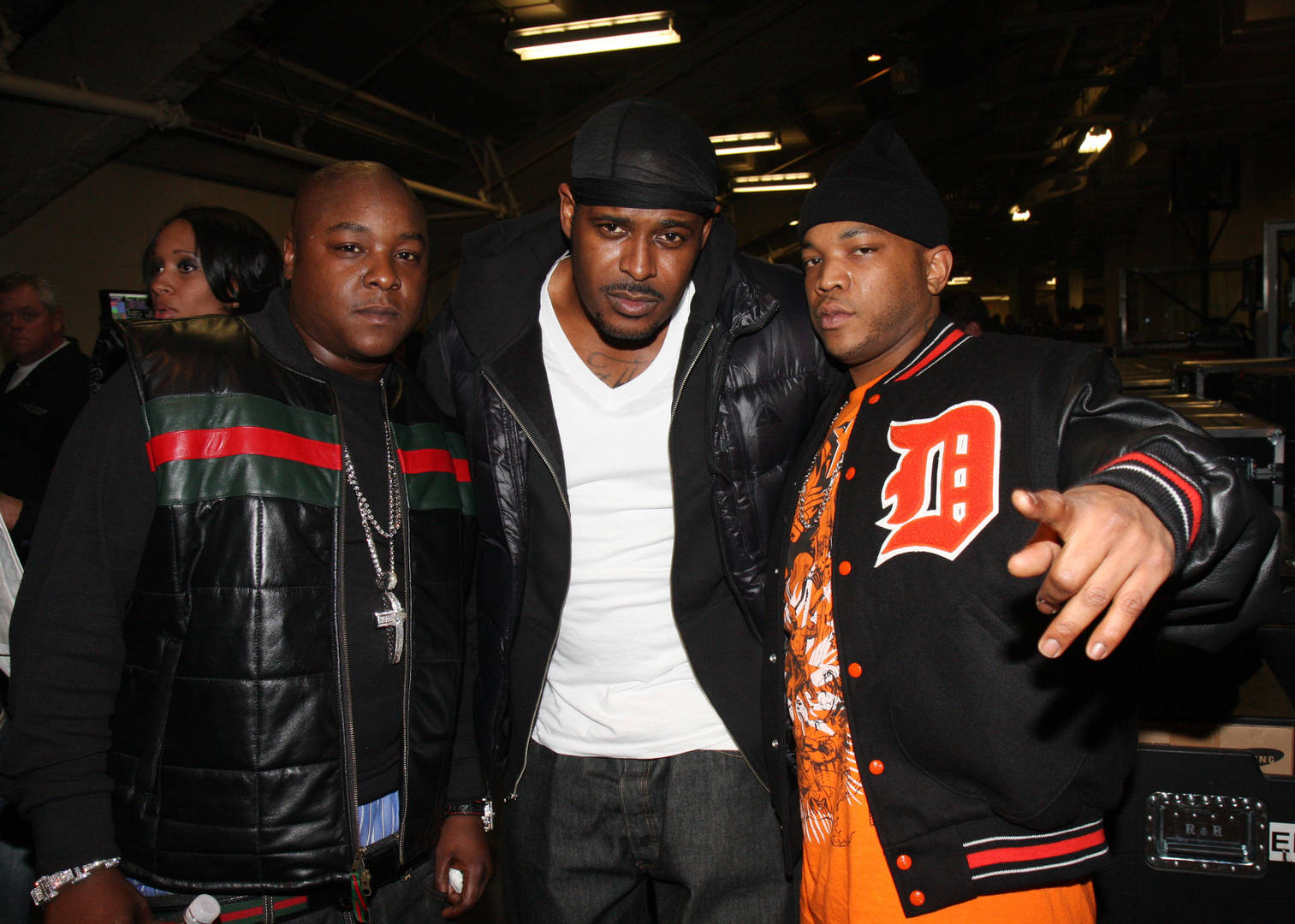 Comfortable as they were at their new home, this didn’t mean that Styles, Jada and Sheek were happy to let bygones be bygones. In backstage footage from the inaugural Ruff Ryders tour, the trio can be seen mocking the shiny suits that were so prevalent in “jiggy era” led by Bad Boy.

“What we have here is the joints that made us famous that we hate,” Kiss tells the camera while brandishing the garish garment. “This was the old us, so we gotta come out like this. We was this, now we are the streets. But we was always the streets, they just made us throw these on.”

Aside from these barbs, and the occasional choice lyric, both the group and Puffy seemed eager to put the drama behind them and co-exist in the industry.

Then, on one fateful day in November 2005, a trip to the Angie Martinez show would reunite the two parties, and as the radio host listened on, helplessly, verbal warfare ensued.

LISTEN: The Lox argue with Diddy on Angie Martinez Show

“Imagine working for years and years, hard work and somebody that has nothing to do with that is getting the bulk of it,” Styles P said of Diddy retaining 50% of the group’s publishing. “We made one record with you, Money Power & Respect. It’s 10 years later and you still got half of our publishing. And you can’t make it justifiable. “

Laden with calls to stop the tough talk and Jadakiss’ infamous threat to drop a refrigerator on Puff if he didn’t comply, Diddy’s response saw him rely on his home field advantage as a music industry exec, to suggest that the error wasn’t his, but The Lox’s.

“Don’t feel sorry for people that are lazy and then blame it on the other person,” Puff asserted. “They are not on top of their business, but they need to get on top of it. Manage your life, sit at home by yourself and read your contract word for word. There are books that I have for them [like] Publishing 101.”

A month on from the incendiary exchange, Styles P broke the news that flattening Diddy with a household appliance would no longer be necessary.

“Basically, he gave us all our publishing back,” SP told Angie in a follow-up visit. “He didn’t have to do what he did. In the business world, what he did, was like a four-leaf clover. The results was great.”

With the remnants of bad blood eliminated, The Lox have since been able to embrace the lineage that they came from, and even joined the Bad Boy Family Reunion Tour in 2016. 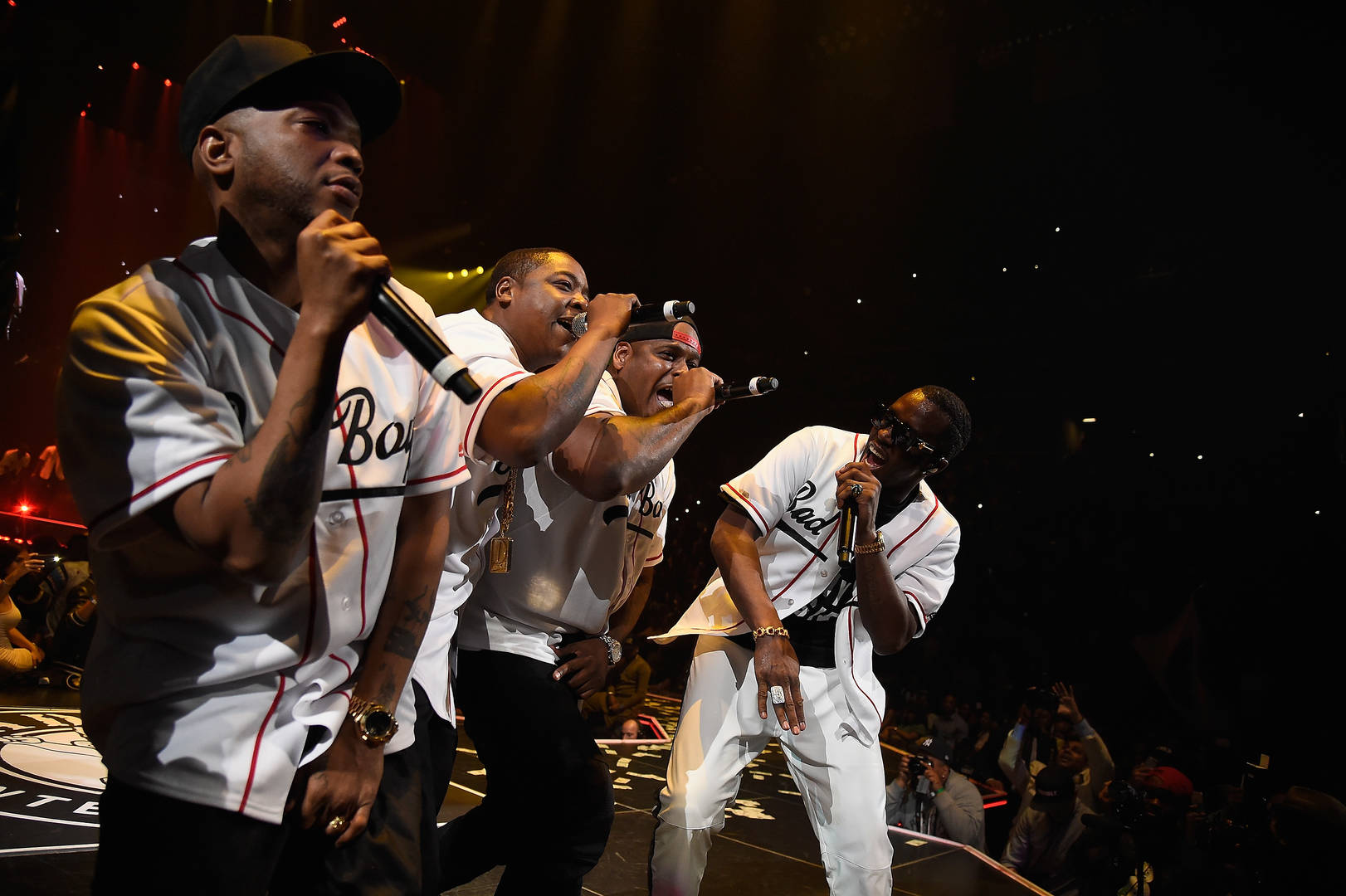 The LOX and Diddy performing during the the Puff Daddy and The Family Bad Boy Reunion Tour stop at the Barclay’s Center, 2016 – Kevin Mazur/Getty Images

Now stalwarts of the game in their own right, it turns out that Jadakiss is actually somewhat remorseful over how they put Puff on blast, but  believes that their age meant it was the only recourse available to them.

“We handled it radically, [but] I mean, that’s the only way we could have,” he told Drink Champs in October of 2020. “We had to use the streets ‘cause we ain’t have no money like that to go litigation with Puff, his money is out the wazoo. But, as you grow older and become men and business men, and start owning and figuring out the world, and dealing with artists yourself, you realize you wanna fix that. Besides that, he changed our life financially.”

While they may not have had the tenure at Bad Boy that they originally envisioned, it did little to stop them from becoming a quintessential hardcore rap trio. Their spell under Puff’s watchful eye ultimately helped to legitimize them in the eyes of the commercial consumer, and ensured that each man would have a lengthy career. While it may be seen as a footnote in their career, as opposed to an era in its own right, The Lox’s fractious spell at Bad Boy was instrumental in turning them into the uncompromising and self-assured vets that just graced the stage at Madison Square Garden.

Previous:Meghan McCain Says Goodbye to The View
Next: Britney Spears Talks Conservatorship Because She ‘Has Nothing Left to Lose’ (Source)