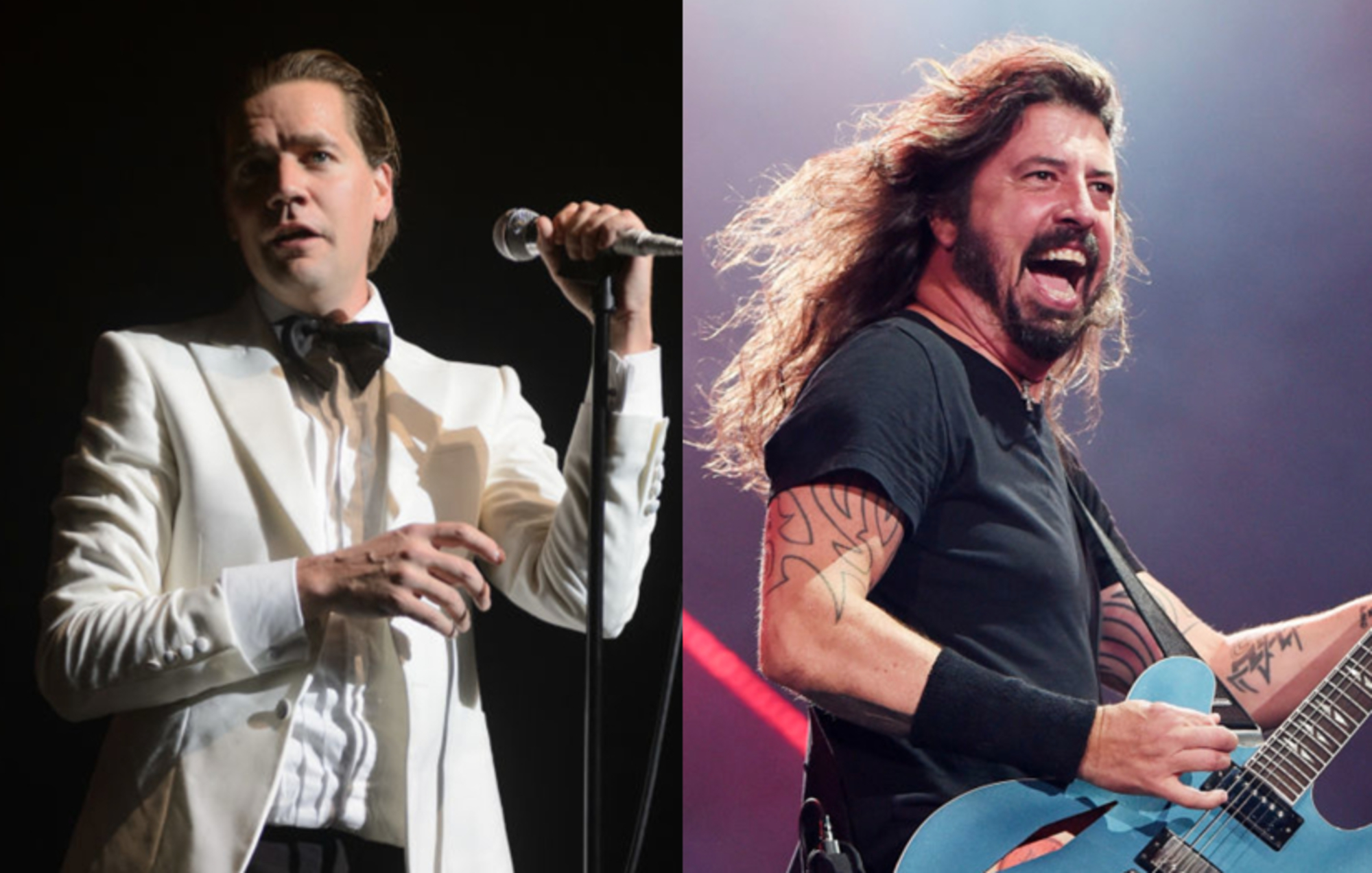 The Hives’ Howlin’ Pelle Almqvist has recalled the time he threw up at Dave Grohl‘s house on New Year’s Eve.

Speaking to NME for the latest ‘Does Rock ‘N’ Roll Kill Braincells?!’ feature, the frontman was asked about which musician once dressed as him for Halloween.

Correctly answering Dave Grohl, he recalled: “Foo Fighters played a Halloween gig and they all dressed as us and started the set with ‘Hate to Say I Told You So’. I’ve seen the footage and talked to him about it – it was amazing he did that.”

Almqvist went on to say that he and the Foo Fighters frontman are now friends and recalled a couple of times they’ve hung out since, including at a New Year’s Eve party put on by Grohl where The Hives musician threw up while wearing an interesting choice in headwear.

“We’re friends now,” he said. “I’ve sang an AC/DC song with him live, I sold him a guitar, I went to his 50th birthday party, and I threw up in his house one New Year’s Eve while wearing a hat made out of an actual wolf’s head. It was very undignified – but a great party!”

Elsewhere in the interview, Almqvist recalled that time Jon Bon Jovi invited him to “suck [his] dick”.

“Nicholas [Arson] said that it always happens in a gorilla pack when the new alpha gorilla comes in and the old silverback has to go away and die,” he said. “He gets mad about it and says things like this. That was the correct analysis of the situation!”

Almqvist continued: “The interviewer was saying that Bon Jovi is mega-successful, sold a gazillion records, but has never been a cool band, and he responded by saying something like: ‘What’s a cool band? Is it The Hives with the fucking guy who stole his personality from James Brown and Mick Jagger? He should get his own personality’.

“I don’t think he was mad at me – he was just mad he was the old silverback who now has to go away and die. I’ve never met him.”

Foo Fighters joined forces with Brian Johnson on stage last weekend for a cover of AC/DC‘s ‘Back In Black’.

Dave Grohl and co. performed at the SoFi Stadium in Los Angeles on Sunday night (May 2) for Global Citizen’s Vax Live event, which is due to be streamed online tomorrow (May 8).

The post The Hives’ Pelle Almqvist recalls the time he threw up at Dave Grohl’s house on New Year’s Eve appeared first on NME.

Previous:Twin sisters deliver babies on the same day
Next: Should Jay-Z & Nas Have A Joint Album? | HOT Now