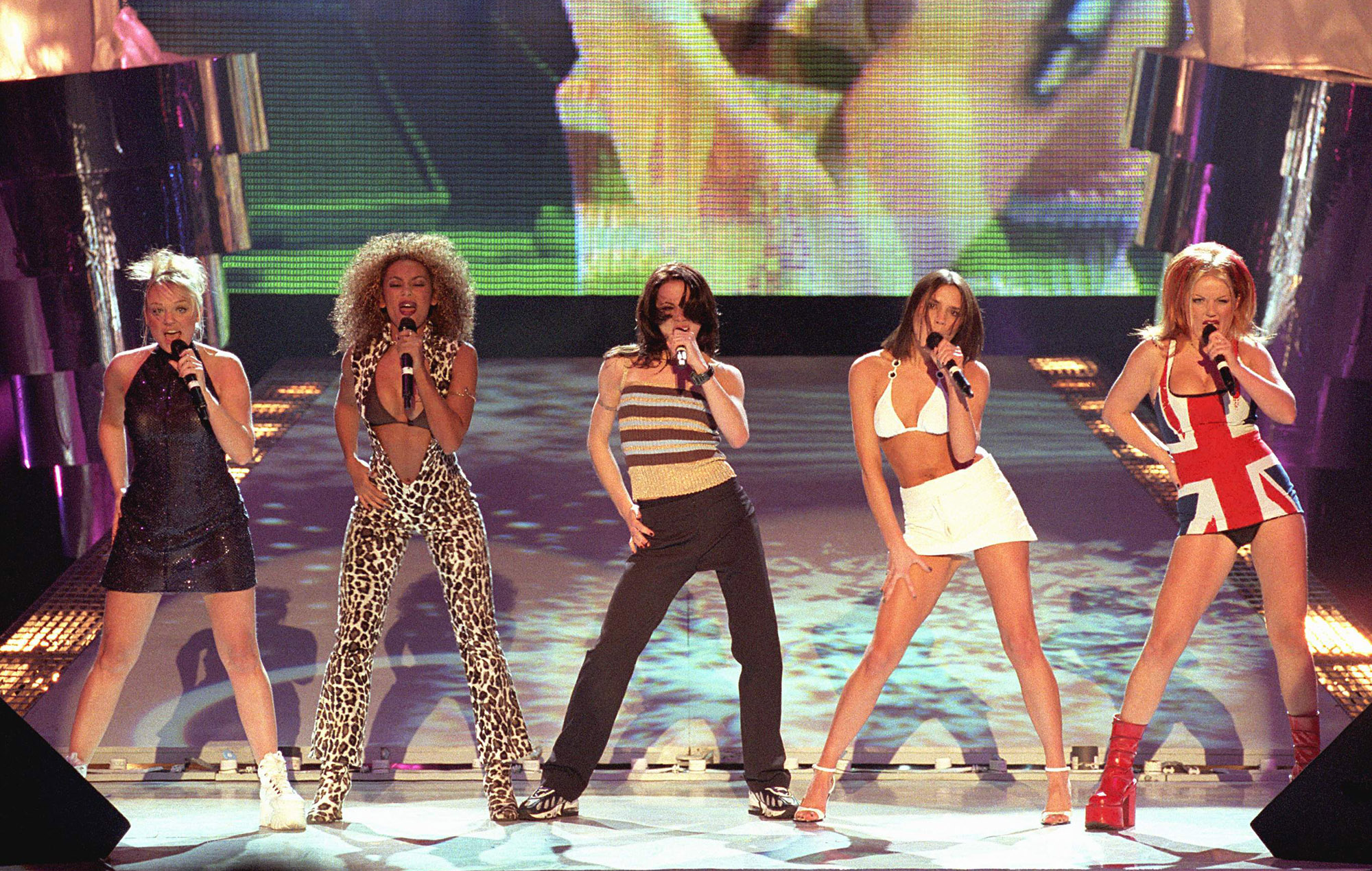 Featuring a brigade of minor celebrities strutting the red carpet, the now-inevitable presence of Jack Whitehall cracking jokes, and a procession of chart stars performing their latest hit ditties, getting through The BRITs can, occasionally, feel like music’s answer to completing a tough mudder challenge, or at least a measure of stamina.

That said, the award ceremony has also been a regular fixture for decades now, and along with the more forgettable moments, it has witnessed some serious musical history along the way. Plus, this year’s event – which takes place tonight (May 11) – is shaping up to be pretty good. From the wildest Rihanna collaboration of all time, to Jarvis Cocker‘s bare arse, these are the 10 best moments in BRITs history.

Billed alongside truly thrilling acts such as Extreme, Seal and Simply Red, electronic pranksters The KLF decided to troll Hammersmith Odeon when they found themselves at the middle of an entirely beige sandwich at the ‘92 BRITs. Accompanied by Ipswich crust-punks Extreme Noise Terror, The KLF performed a barely recognisable version of their acid-house single ‘3am Eternal’. Between puffs of a cigar, Bill Drummond spat out new, barely-audible lyrics that took aim at The BRITs and television – the performance ended with Drummond firing machine gun blanks into the audience, and an announcement: “The KLF have now left the music industry”.

Afterwards The KLF fled the venue, sent a motorbike courier to pick up their gong for Best British Group, and reportedly left a dead sheep outside an afterparty. “[We] planned to throw buckets of blood over the audience during the performance – what larks! – but we were advised not to by BBC lawyers,” they later told Smash Hits.

When Michael Jackson rocked up at the 1996 BRITs with his overwrought ‘Earth Song’, Pulp’s Jarvis Cocker thoughtfully decided to provide the moon. In a particularly nauseating section in which Jackson shines with bright white light, and models himself as a kind of Jesus, Cocker invaded the stage and got his arse out.

“I was just sat there and watching it and feeling a bit ill, ’cause he’s there doing his Jesus act,” he later told TFI Friday. “It seemed to me there was a lot of other people who kind of found it distasteful as well, and I just thought: ‘The stage is there, I’m here and you can actually just do something about it and say ‘This is a load of rubbish’, if you wanted.’”

For their 1997 performance of ‘Who Do You Think You Are’, The Spice Girls took the ceremony’s namesake literally, with Geri Halliwell wearing her now-iconic Union Jack dress. As the ceremony has gone down in BRITs history, it’s easy to forget that the group’s performance was relatively low-production – forget your snazzy lighting, gimmicky stage props, high-concept video screens and backing dancers. Instead, this was all about Spice Girls: swinging, shaking, moving, and making cultural history at the peak of their (girl) powers.

In a year splattered with fluorescent glow-stick goo and stoked by the fading embers of new rave, ‘Good Girl Gone Bad’-era Rihanna and recent Mercury Prize-winners Klaxons teamed up for a gloriously chaotic mash-up of their biggest hits: ‘Golden Skans’ and ‘Umbrella’. Perhaps it’s no accident that RiRi – now a well-documented fan of British institution Sainsbury’s bags for life, if her Instagram is anything to go by – fully grasped the brief immediately, and fully immersed herself in the ridiculousness of it all with green lasers and an illustrious cape. Whatever next, Lil Nas X ft. Sports Team?

Amy Winehouse shakes up a ceremony focused on pop polish (2008)

Elsewhere, safely away from the neon hair-dye, the late Amy Winehouse sang twice at the 2008 BRITs – a year after taking home Best British Female Artist. Though a lone performance of ‘Love Is A Losing Game’ transformed Earls Court into a smokey jazz club, Winehouse’s rendition of her Zutons cover ‘Valerie’ is the moment that stole the show. Performed as part of a Mark Ronson Presents… medley (also featuring Adele and Daniel Merriweather) Amy commands the stage the moment she steps out, bringing vocal grit, spontaneity, and creativity to a ceremony that usually focuses on pop polish. Plus, keep an eye out for a baby-faced Mark Ronson on guitar.

A year after Adele’s 2011 BRITs performance, her second album ‘21’ became the fourth best selling album of all time – and there’s no doubt that this flawless rendition of ‘Someone Like You’ helped flog at least few copies. Backed by a lone grand piano, with the lights dimmed, the Londoner’s powerhouse voice took centre stage as the room fell completely silent. Later, she would go on to command the Pyramid Stage at Glastonbury, which she headlined in 2016. This is arguably the performance that proved she was capable of casting magical hush over a raucous crowd.

Kanye West fills the stage with flames and upcoming artists (2015)

Heavily censored by ITV due to “inappropriate language”, Kanye West’s 2015 BRITs performance also take a liberal approach to health and safety – for a performance of ‘All Day’, the rapper packed a couple of flamethrowers, and put on one of the best award performances of all time. Beneath the searing fire, West was joined by a huge troupe of UK grime and US rap artists including Boy Better Know, Krept & Konan, Stormzy, Vic Mensa, Novelist, Q-Tip, Allan Kingdom and Theophilus London.

The landmark performance was later referenced by Skepta, who appeared with West that night: his own track ‘Shutdown’ includes a skit where a plummy voiced woman describes the ‘All Day’ performance using a series of racist tropes: “A bunch of young men all dressed in black dancing extremely aggressively on stage,” she says. “It made me feel so intimidated – and it’s just not what I expect to see on primetime TV.”

Somebody needs to have a stern word with whoever’s responsible for polishing the stage at the O2 Arena – in the last five years we’ve witnessed two big slip-ups. Four years ago, Katy Perry performed ‘Chained to the Rhythm’ while surrounded by tiny little trotting cardboard houses and a pair of skeletons resembling Donald Trump and Theresa May. Amid the choreographed kerfuffle, one of the houses plunged off the side of the stage – a damning, if accidental, metaphor for falling rates of home ownership.

And back in 2015, the actual Queen of Pop fell backwards down a flight of stairs after her Armani cape fastening got stuck. Though Madonna’s fall remains one of the worst tumbles in recent awards history, she still pulled off the performance, dusting herself off and carrying on. “No more capes” she later vowed.

During a slightly awkward interview with Liam Payne and Cheryl, eagle-eyed viewers quickly honed in something far more interesting – Este Haim repeatedly winking at the camera, slathering on lipgloss, and mouthing “call me”, while her bandmates laughed uncontrollably. Clearly not clued-up on that year’s International “roup nominees, a series of publications including labelled her the “mystery drunk woman’. The band’s bassist later clarified: “Not drunk, just living my truth”.

Stormzy highlights a vital political cause (2018)

“Theresa May, where’s the money for Grenfell?” demanded a rain-drenched Stormzy at the 2018 BRITs, eight months after 72 people were killed in a fire at Grenfell Tower in North Kensington, London. Following the disaster, households left homeless by the fire waited months – in some cases, years – to be rehoused. Across the UK, thousands still live in high-rises similar to Grenfell, which are covered in the same flammable cladding. The rapper’s performance, meanwhile, which directly criticised the government’s response, was charged with focused anger. “You should do some jail time, you should pay some damages,” he said. “We should burn your house down and see if you can manage this.”

The post The 10 best moments from BRIT Awards history appeared first on NME.

Previous:Police investigating after possible human remains found in Dorchester
Next: What Happened To King Los?