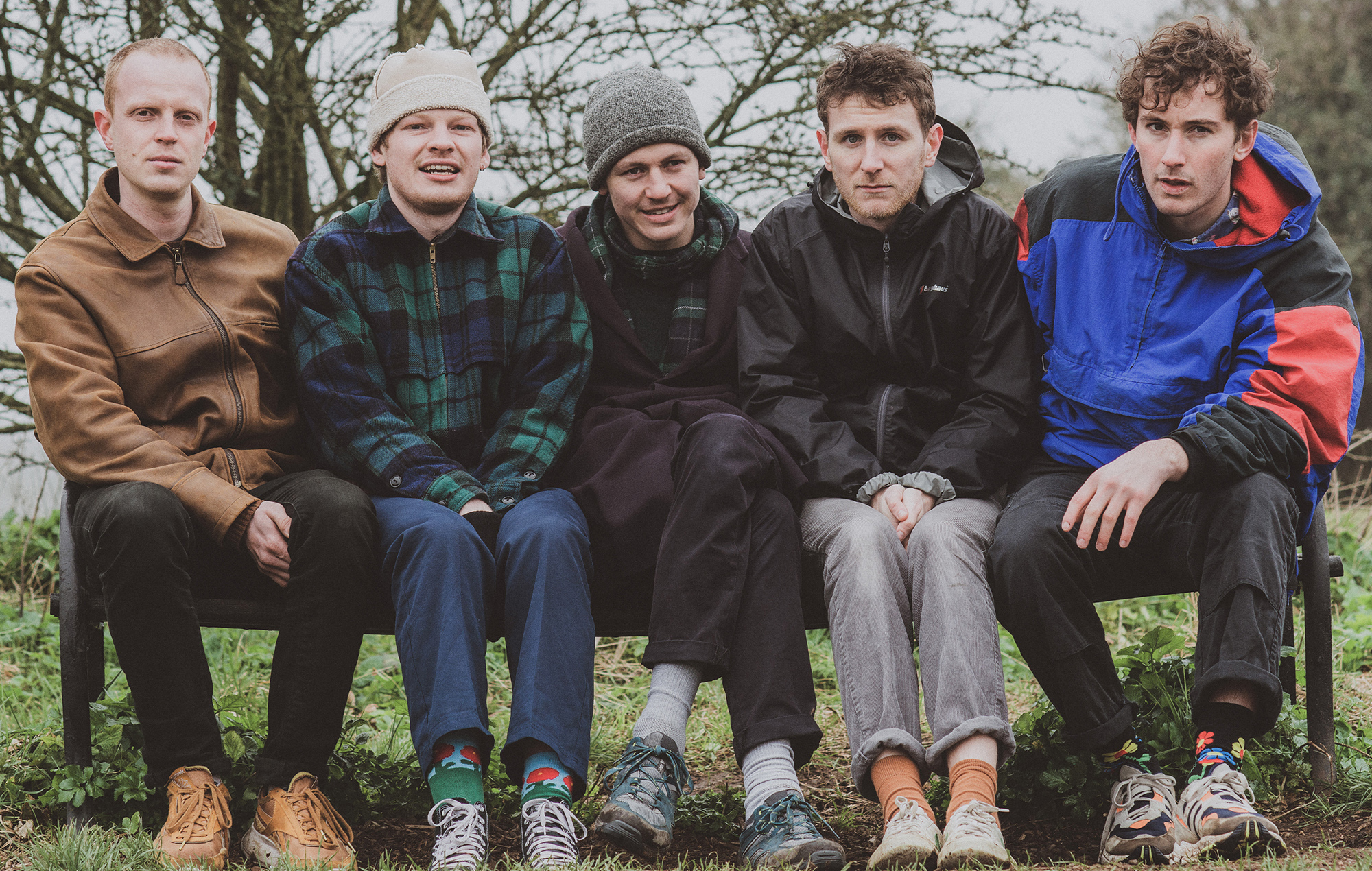 If Squid’s first music found its inspiration in people, their debut album concentrates on place. As the band explained when announcing ‘Bright Green Field’, the record exists in an “imaginary cityscape” with the songs illustrating “the places, events and architecture that exist within it.” The band say that previous projects were “playful and concerned with characters” but now “the emotional depth of the music has deepened.”

For an album created under the looming skies of a pandemic, and in a world grappling with inequality and abuse of power, to have taken this turn is little surprise. While the band have previously sung songs about houseplants and from the perspective of cleaners and Sonic Youth superfans, their first full-length record sees them interrogate right-wing propaganda (‘Pamphlets’), the false and dangerous nature of the humanity that corporations claim to have (‘G.S.K.’ – short for pharmaceutical company GlaxoSmithKline) and beyond.

It’s the sound of a band putting aside the colourful, quirky stories that have defined them thus far and getting real. “Watch your favourite war on TV just before you go to sleep,” singing drummer/vocalist Ollie Judge spits on ‘Global Groove’, while the manic ‘Peel St’ sees him stating: “But now I’m free, there’s no warden following me.” He cuts a figure that’s world-weary, but not without hope.

This greater maturity plays out musically across the ‘Bright Green Field’. On the band’s previous two EPs, the scope of their ambition has struggled to be fully shown in the confines of the format. And anyone who’s seen one of Squid’s crazed and improvisation-heavy live shows will know that the Bristol band are less about the destination and more the journey; writing a debut album presented them with the opportunity to commandeer a truly wild ride.

Across the album, which tops 50-minutes in length, the band veer between genres, styles and moods with abandon, mirroring the frightening, ever-changing political and cultural landscape it was created in. On certain songs, most notably funked-up single ‘Paddling’, the band lock into the kind of intoxicating art-punk groove that they mastered on 2019 single ‘Houseplants’, while other tracks see them let form melt away and be replaced by avant-garde instrumentals that bring out the band’s jazz leanings.

It’s a lot to take in on a debut album and they do their multi-faceted creativity justice by never compromising on any front. When they go for art-pop hooks, they’re stuck in your head for days; when ‘Boy Racer’ ends with an atmospheric drone outro, it’s immersive enough to make feel like you’re up to your neck in it.

There’s other bold choices, too. Opting to avoid signing to a more traditional indie-focused label – from whom they surely had offers – to pair with iconic electronic staple Warp [Aphex Twin, Flying Lotus] is certainly intriguing, as is the tracklisting; ‘Houseplants’, one of the indie breakout hits of 2019, doesn’t make the album alongside ‘Match Bet’, ‘The Dial’ and other more accessible tracks in their catalogue.

Instead, ‘Bright Green Field’ is made up of 11 entirely new songs and all the better for it. Its first single ‘Narrator’ a razor-sharp odyssey that ends with the screaming of Martha Skye Murphy and nearly hits the nine-minute mark – a radio edit is available, but you can bet the band cut it down through gritted teeth rather than excitement.

It’s an album best served in one go, but ‘Bright Green Field’ still contains blistering standalone highlights. The aforementioned ‘Narrator’ brings together everything the band do so well, travelling from a verse filled with criss-crossing guitar lines reminiscent of early Foals through a mid-section of dark and dangerous weirdness, before emerging out the other side into a slow-building cacophony that ends in utter chaos. ‘2010’ sees them turn on a sixpence from sung-spoken lyrics and twinkly psychedelica, to scything noise rock and back again within a matter of seconds.

From their very earliest material it was clear to tell that Squid would only be able to truly fulfil their potential when given the canvas of an album, on which to tell a story that ebbs and flows at a pace and route that they dictate. ‘On Bright Green Field’, in all of its weird, frantic and fantastic glory, they’ve gone above and beyond. 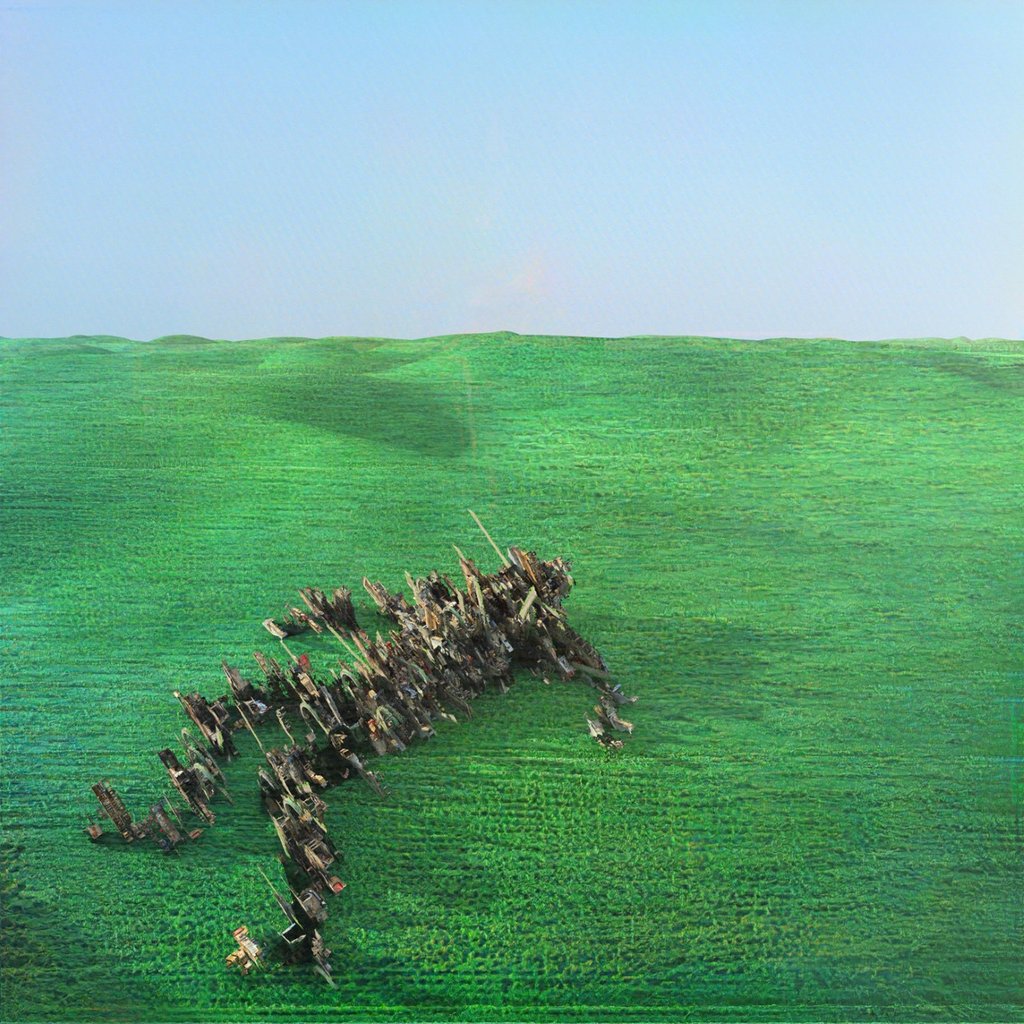