Not far from the refurbished F1 race track of Kyalami in Johannesburg, South Africa is a small, virtually dirt race track that attracts only the brave and rare ‘petrol heads’ on some Sundays to race against each other in the hot sun for bragging rights and a trophy. The track is home to the Walkerville Sppedway Racers Club that includes flat track racers, sidecar racers and a new breed; the Stof Kop (dust cup) racers. — By European Pressphoto Agency 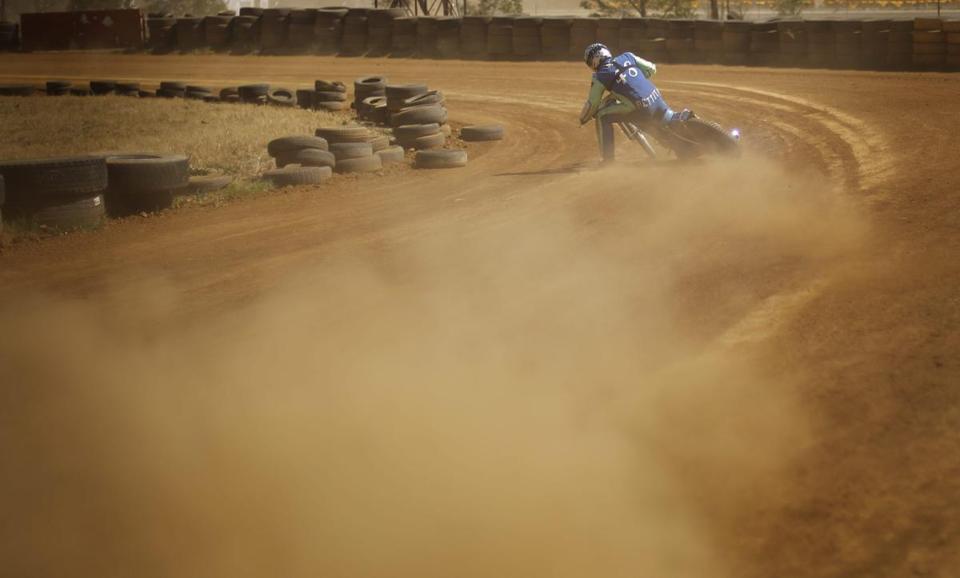 Speedway racer, Neil Pettit powerslides his motorbike into the corner during a race at the Walkerville Dirt Oval south of Johannesburg, South Africa, on Aug. 28. Speedway racing sees four to six racers riding against each other around a oval dirt race track on motorbikes that don’t have breaks or gears. They use the throttle and balance to powerslide around the two corners on the track. (Kim Ludbrook/EPA)