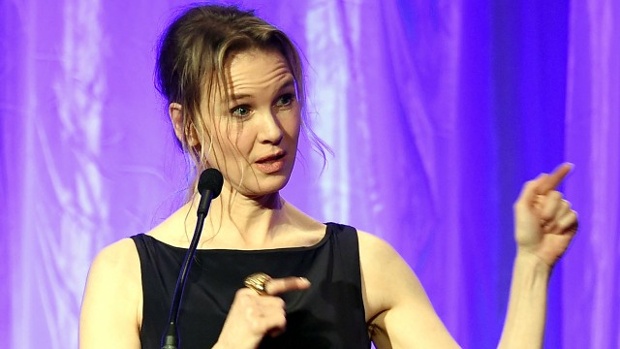 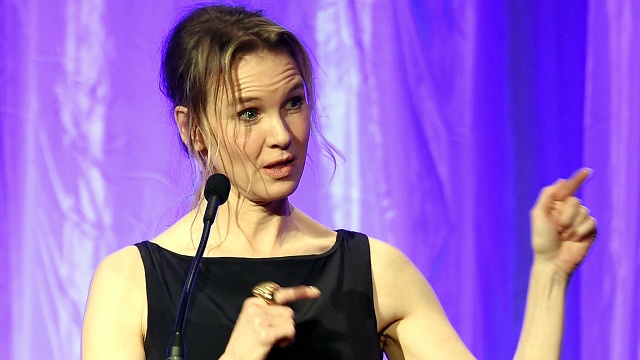 Renee Zellweger doesn’t understand the fascination with her appearance.

“I’ve never seen the maturation of a woman as a negative thing,” Zellweger told The Hollywood Reporter. “I’ve never seen a woman stepping into her more powerful self as a negative. But this conversation perpetuates the problem. Why are we talking about how women look? Why do we value beauty over contribution? We don’t seem to value beauty over contribution for men. It’s simply not a conversation.”

Media speculation about whether Zellweger may have undergone plastic surgery started in 2014. It resurfaced earlier this summer when Variety’s film critic penned a much criticized column titled, “Renee Zellweger: If She No Longer Looks Like Herself, Has She Become a Different Actress?”

This month, Zellweger responded in a Huffington Post column of her own: “Not that it’s anyone’s business, but I did not make a decision to alter my face and have surgery on my eyes.”

“All my girlfriends are waiting to go to films that are relatable, and I don’t know why we’re not making movies for [them],” Zellweger told THR. “Whatever else may have changed in the world, we still have conversations with ourselves about how we might improve, or things we’re insecure about, or our failings.”