reflection (noun) 1. the throwing back by a body or surface of light, heat, or sound without absorbing it. Editor’s Note: “Defined” is an occasional series exploring the definitions of words via photography. — By Leanne Burden Seidel 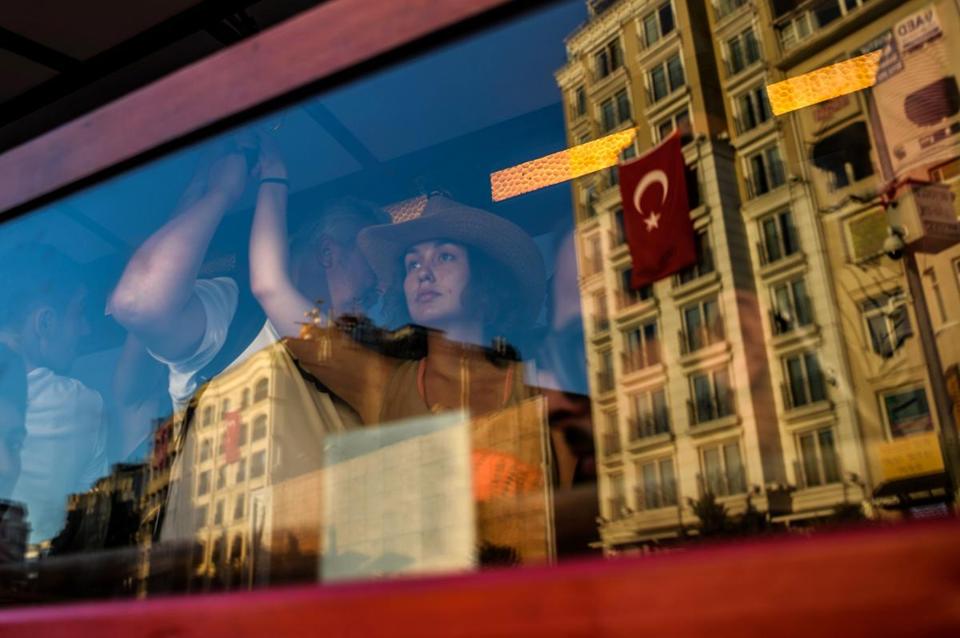 A woman looks on while riding the tramway as Turkey’s flag is reflected in the window in Taksim square in Istanbul on July 22, following the failed military coup attempt of July 15. (Ozan Kose/AFP/Getty Images)

Previous:Larry the Cable Guy: ‘Hillary will be the end of the country’
Next: Selena Gomez taking time off for health reasons