Mourners from around the world are grieving the victims of the Orlando nightclub shooting. President Obama on Monday called the act ‘‘homegrown extremism’’ committed by Omar Mateen who referred to the Boston Marathon attackers as his “homeboys” in one of the 911 calls he made during the attack. 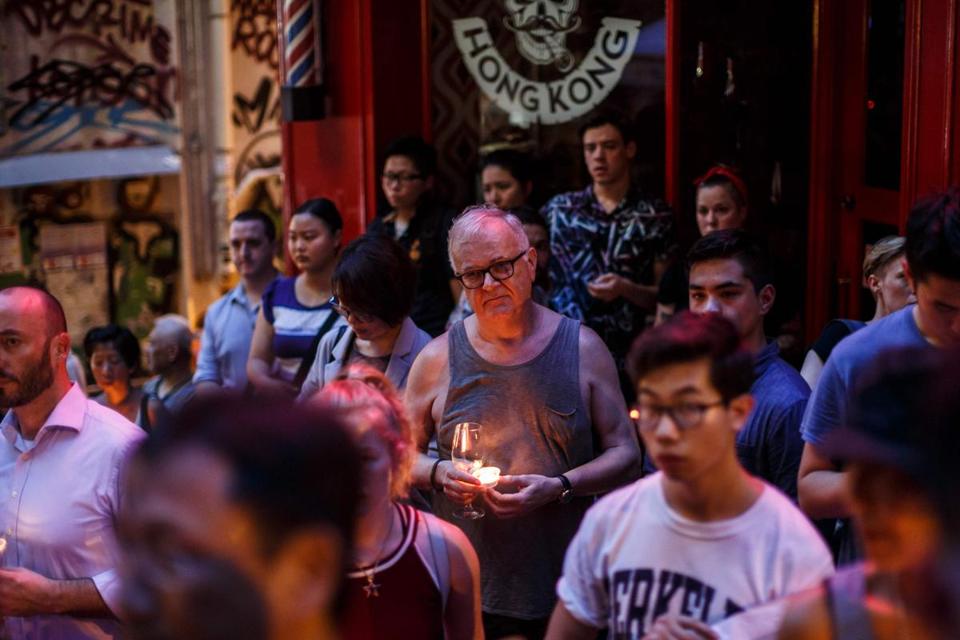 People hold candles as they share a minute of silence during a vigil for the victims of the Orlando shooting in Florida, in Hong Kong on June 13. Law enforcement authorities have lowered the death toll from the weekend massacre at a gay nightclub in Orlando to 49, the deadliest mass shooting in American history, explaining that the shooter had been counted in the original tally. (Anthony Wallace/AFP/Getty Images)