The taps are open at the world’s biggest beer festival in Germany that runs until Oct. 3. The event dates to 1810, when Crown Prince Ludwig married Princess Therese and the people of Munich were invited to attend the festivities. Lager beer brewed only in Munich is served at the festival to the estimated 5 million to 7 million people who attend. — By Lloyd Young 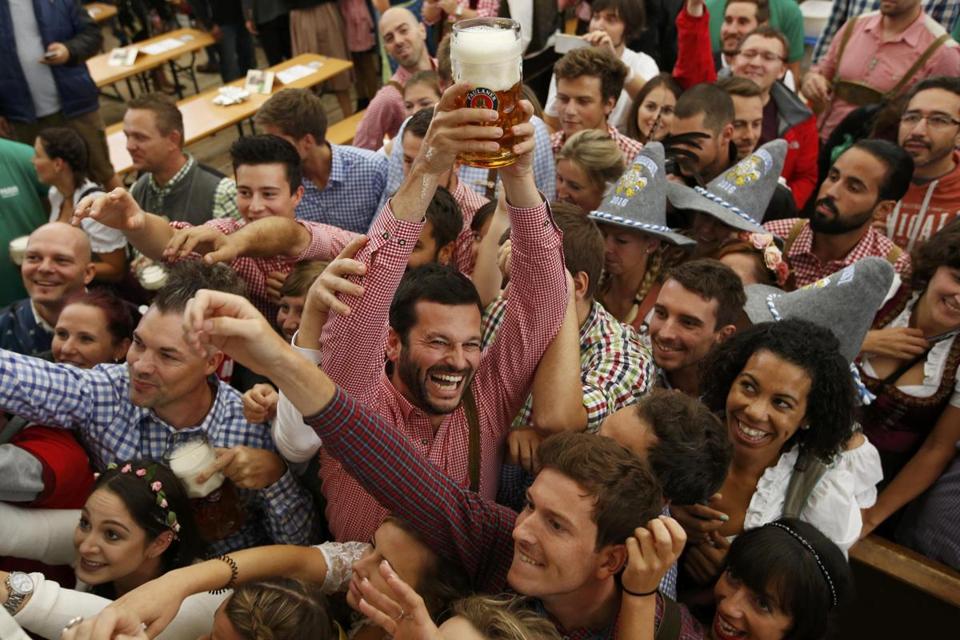 Visitors reach for the one of the first mugs of beer during the opening day of the 183rd Oktoberfest in Munich, Germany, on Sept. 17. (Michaela Rehle/Reuters)

Previous:Selena Gomez: Reigning queen of Instagram
Next: Agnes Nixon, creator of ‘All My Children,’ dead at 93