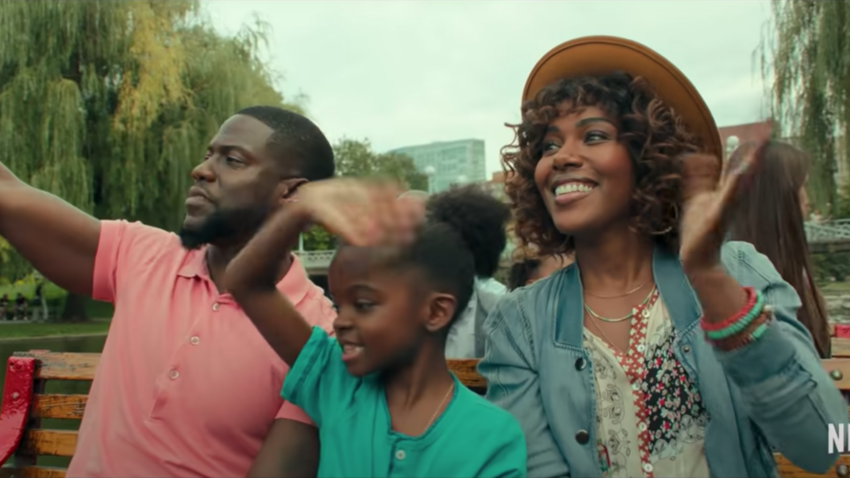 Remember when Kevin Hart rode a swan boat while cameras rolled in the Boston Public Garden? Now that the boats are back for the season, Netflix has released the first trailer for “Fatherhood,” an upcoming parenthood drama partially filmed in Boston back in 2019.

Based on the real life of writer/blogger Matthew Logelin and his book, “Two Kisses for Maddy,” “Fatherhood” centers on Matt (Hart), a father determined to give his daughter Maddy the best life possible after his wife passes away shortly after childbirth. Living in Boston as a single dad far away from his family in Minneapolis, Matt often finds himself unprepared for the challenges of fatherhood, and faces an additional complication when he begins to fall in love for the first time since his wife’s passing.

The film’s first trailer shows plenty of Boston-based activities, with Hart riding in a swan boat, struggling to open a stroller in the Garden, and dancing with his daughter (played by Melody Hurd) on Boston Common.

While the film is set in Boston, film crews only visited the city for a few days of filming, and primary production took place in Montreal.

Sony Pictures originally intended to release “Fatherhood” theatrically in April 2020, then delayed its release to Jan. 8, 2021. In March, the studio decided to skip a theatrical release entirely and passed “Fatherhood” along to Netflix. Barack and Michelle Obama’s production company, Higher Ground Productions, will present the feature, according to Deadline.

“Fatherhood” will debut on Netflix just before Father’s Day weekend on June 18.