More than 40 people were killed and many more injured when multiple bombs where detonated at Istanbul’s Ataturk International Airport by three attackers this week in Turkey. 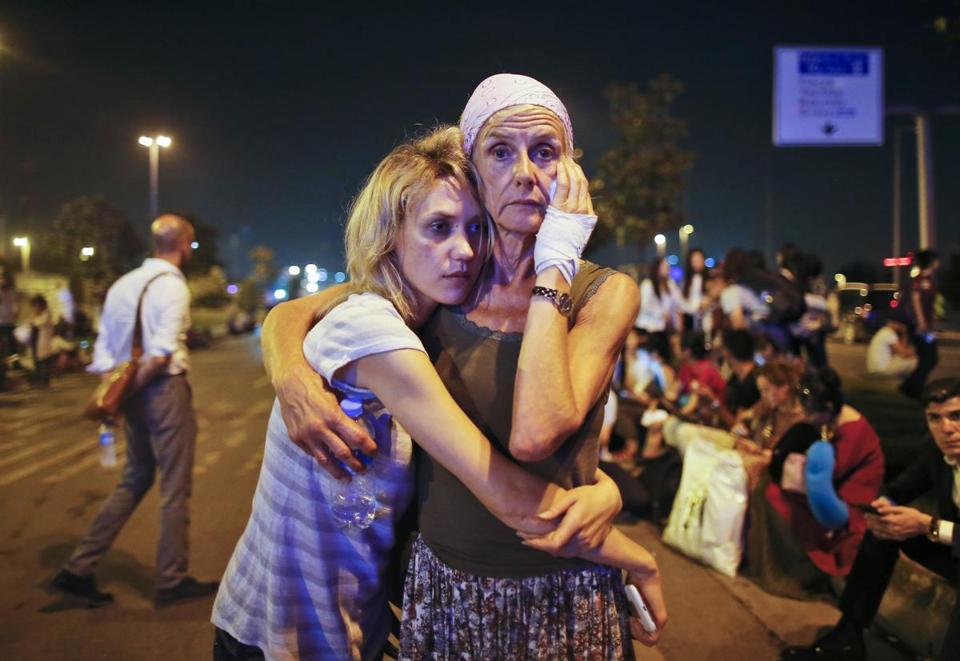 Passengers embrace each other as they wait outside Istanbul’s Ataturk airport early on June 29 following their evacuation after a bombing. Suspected Islamic State group extremists have hit the international terminal of Istanbul’s Ataturk airport, killing dozens of people and wounding many others, Turkish officials said Tuesday. Turkish authorities have banned distribution of images relating to the Ataturk airport attack within Turkey. (Emrah Gurel/Associated Press)