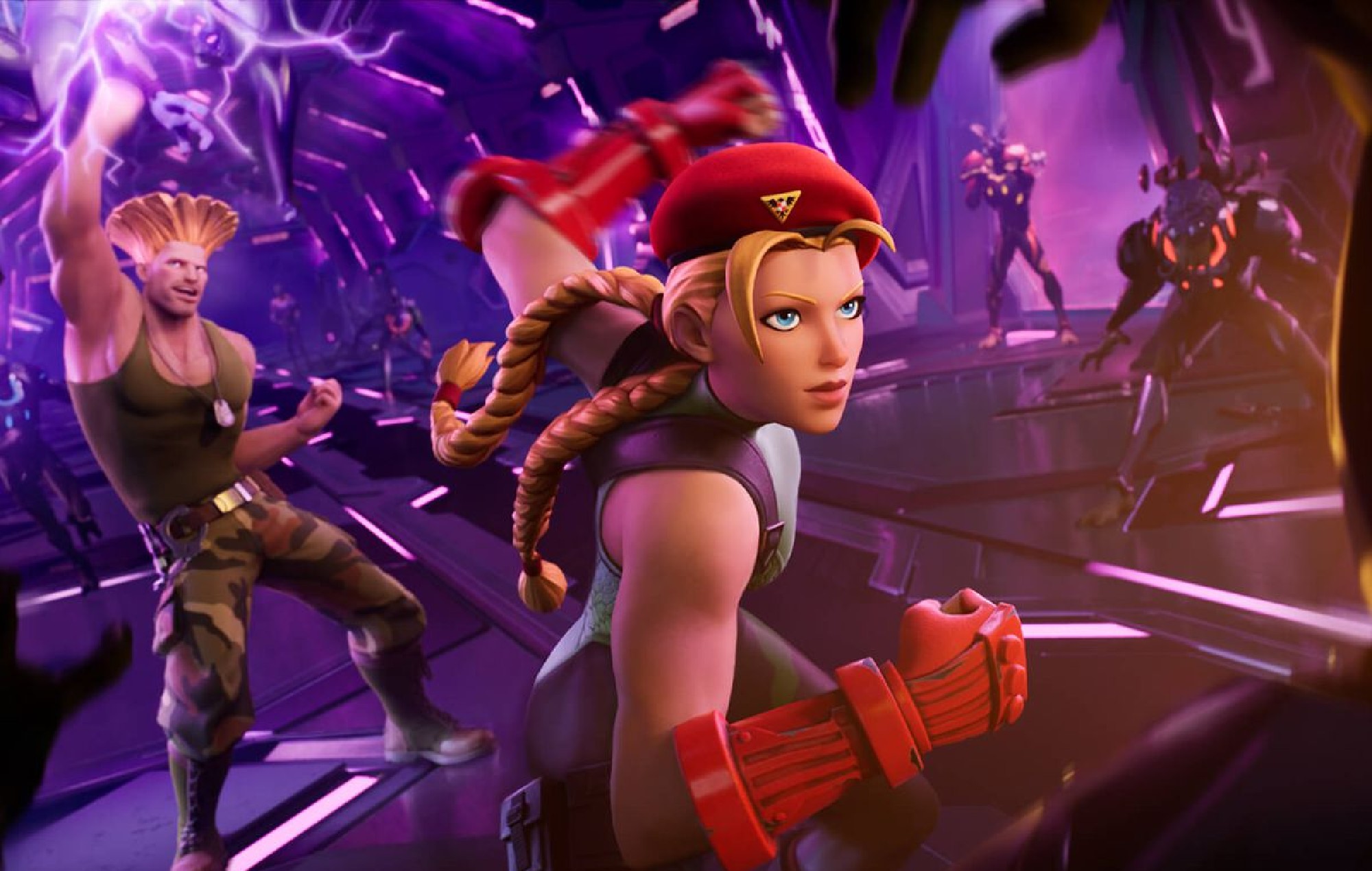 Capcom has revealed another round of Street Fighter crossover content for Fortnite.

During last night’s (August 3), Street Fighter V summer update on Twitch, it was announced that Guile and Cammy would be joining the battle royale and available in the Item Shop from August 7 at 8pm ET / August 8 at 1am BST.

While Guile has his classic green fatigues, Cammy has been given a more modest redesign, now sporting dark leggings in her default outfit. Her alternative tactical outfit also gives her camo trousers.

Players will also have the chance to unlock Cammy early on August 5 by participating in the Cammy Cup, a Duos-based tournament. Top-performing teams in each region will receive the Cammy Outfit and Borealis Backer Back Bling, although any team that earns at least 8 points will receive a special loading screen featuring both Guile and Cammy.

This is the second time Street Fighter has crossed over into Epic Games‘ battle royale after Ryu and Chun-Li joined the roster earlier this year.

The development team also revealed the final character from the Character Pass. Luke is a brand new fighter, with a design that appears to reflect a modern MMA fighter, who is described as a “glimpse into the future” of the series. He will join Street Fighter V in November.

Elsewhere, EA has announced that it is adding women to the Pro Clubs mode in FIFA 22.

The post Guile and Cammy from ‘Street Fighter’ are joining ‘Fortnite’ appeared first on NME.

Previous:Tokyo Olympics Day 12: Competition heats up at Olympic Stadium during track & field events
Next: When will the leaves change color this year? Here’s what to expect for fall foliage

Ari Fletcher Asks Fans To Pray For Her Amid Health Issues