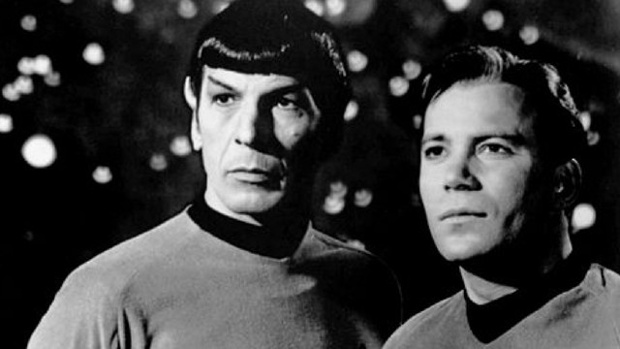 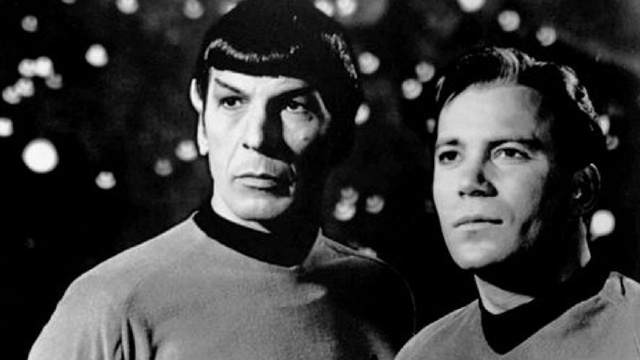 The ostensible selling point of “For the Love of Spock” — a documentary about the late Leonard Nimoy — is the personal connection that his son, Adam, directed it. Alas, that turns out to be weakest aspect of this warm, nostalgic window into the “Star Trek” universe.

The feature-length film, receiving on demand and limited theatrical release tied to the 50th anniversary of “Star Trek’s” premiere, is certainly a timely addition to various celebrations of the series.

Not surprisingly, the younger Nimoy — who practiced law before becoming a director — makes the narrative in part about him and his at-times distant relationship with his dad.

Frankly, though, the notion of a child reminiscing about a complicated history with a famous parent is such a well-worn device it can’t help but feel like a cliché. And while that provides insight into Leonard Nimoy as a person, it tends to distract from other material — at times amusing, often illuminating — about the role and franchise that inevitably came to define him.

Granted, many of the anecdotes will be familiar to “Trek” fans, including how Nimoy was the only actor kept when NBC decided to junk Gene Roddenberry’s original pilot and start over, or how his performance changed once he began playing off the highly expressive William Shatner, as opposed to the original captain, a more restrained Jeffrey Hunter.

In one of the funniest moments, Nimoy chuckles at a convention while reading the original Variety review of the show, which dubbed “Star Trek” a “dreary mess of confusion” and called Shatner’s performance “wooden,” which might be the first and last time anyone used that adjective in relation to him.

It’s interesting to hear both Nimoys discuss Leonard’s mindset once the series began. Having never worked on any project for more than a few weeks, he took advantage of every paid engagement that came his way, to the exclusion of being available to his wife and kids.

Even more fascinating, pardon the expression, are the tidbits about “Trek’s” backstage politics, including Nimoy’s lawsuit against Paramount for exploiting his likeness. Former studio executive Jeffrey Katzenberg recalls meeting with Nimoy about settling the dispute and reviving the franchise as a movie, telling him that someone would be wearing those ears if he refused.

If the younger Nimoy devotes too much time to himself, he spends a bit too little on the tradeoffs associated with an actor becoming part of such an iconic franchise. Although Nimoy worked steadily in other roles — and branched out into directing — he was hardly the first performer to wind up unexpectedly bonded for life to a character, and in some respects shackled to it.

Still, there’s more than enough here to merit a look, if only to absorb some of the unseen or long-forgotten video. Nimoy also weaves in a wide range of interviews, among them chats between father and son conducted before the elder’s death last year at age 83.

It’s admittedly trite to say that thanks in part to “Star Trek,” Nimoy fulfilled the Vulcan greeting and hand gesture — “Live long and prosper” — that, we’re told, he actually dreamt up, drawing upon his Jewish roots.

Whatever its flaws, “For the Love of Spock” mostly works for those with an interest in the man or a love of the series. And if the director was perhaps too close to the subject, that, too, has a certain logic to it.

“For the Love of Spock” premieres in theaters and on demand on September 9.