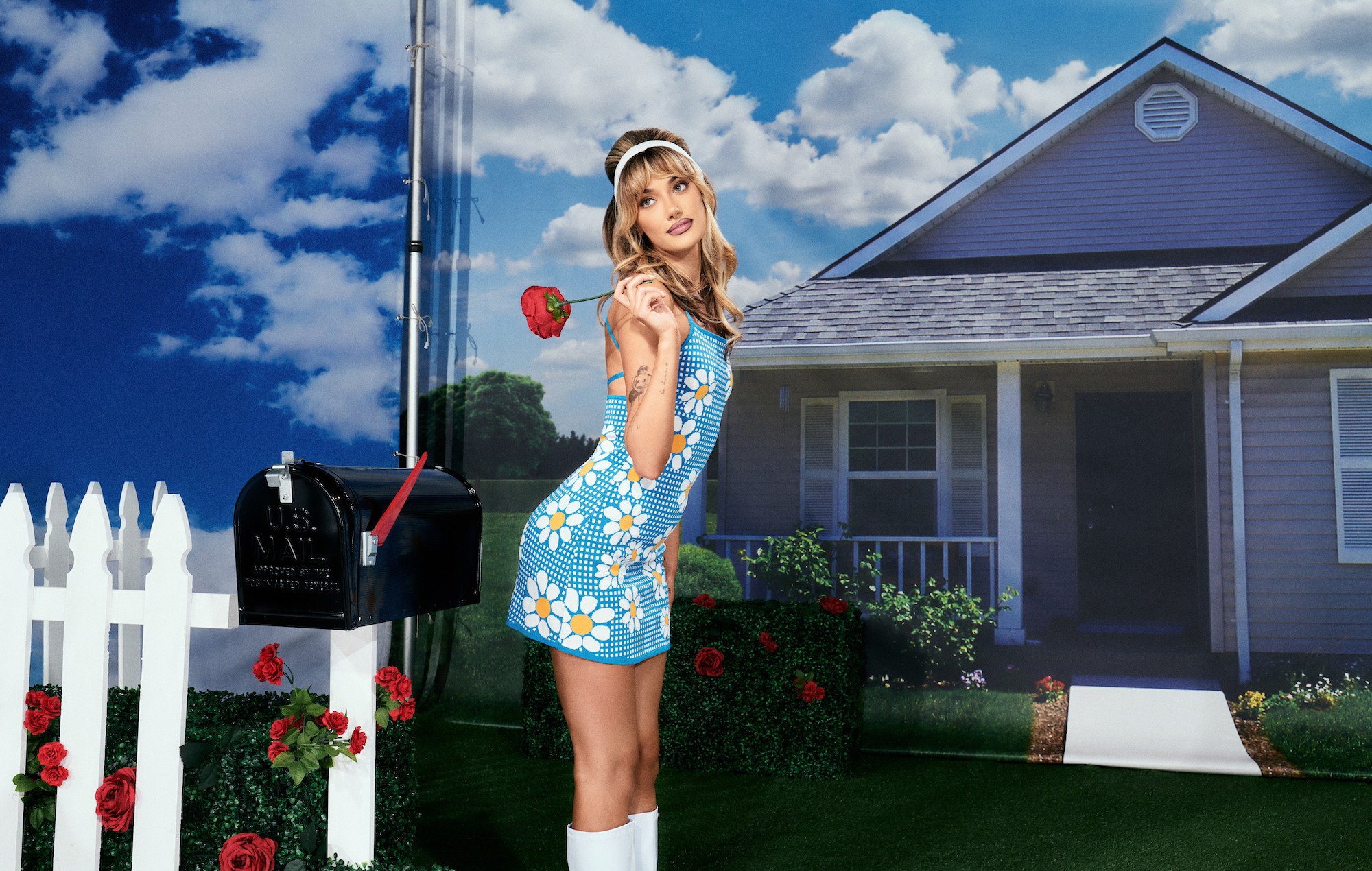 When Olivia O’Brien’s ‘i hate u, i love u’ launched her into the spotlight aged 16, she had no idea who she was as an artist. First discovered by American singer and rapper Gnash, who came across O’Brien covering one of his tracks online, O’Brien later went to Los Angeles so they could record together. The result of this session was the piano-led ‘i hate u, i love u’, O’Brien’s first ever release. After becoming a global hit – being certified platinum in both the UK and the US – it propelled her into a music career that’s seen her collaborate with Tinashe and G-Eazy, sign a record deal and release her debut album ‘Was It Even Real?’ in 2019.

O’Brien found her sound by exploring quintessentially teenaged experiences that capture the universality of dating, sadness and heartbreak. Now 21, the singer-songwriter reflects on the moments in her life that make up ‘Episodes: Season 1’ – the first instalment of her two-part second album. A thematic melting pot of comedy, horror, love, loneliness, and growth, Olivia O’Brien proves that she is the self-declared main character of her life.

For the latest in NME’s In Conversation series, Olivia O’Brien joins us to discuss the themes in ‘Episodes: Season 1’, collaborating with Bring Me The Horizon frontman Oli Sykes and giving one of her songs to TikToker Dixie D’Amelio.

Amy Winehouse is a huge influence

With a dedicated tattoo of the Camden singer on her arm, O’Brien makes her love for the legendary British singer known. Just after the tenth anniversary of Amy Winehouse’s death, she reflects on what the artist means to her. “When I was young growing up, I feel like everyone in the media made Amy out to be something she wasn’t,” she says. “I think that if the media and the world had been nicer to her maybe things would have gone differently, and that makes me so upset.”

But it was the release of the 2015 documentary ‘Amy’ that proved to be a turning point in her admiration of the late singer. “I already loved her music, but that was when I really fell in love with Amy. She was so misunderstood, and so talented, and before her time,” she explains. “To this day, nobody can do anything remotely close to what she did. Her voice is insane, her writing is so unique…nobody does that, nobody can do that.”

She hates that people write songs just for TikTok

O’Brien’s 2020 tune ‘Josslyn’ has seen wild success as the soundtrack to a viral TikTok trend, so would she ever consider writing songs with the social platform in mind?

“Absolutely not,” she responds. “I hate that that’s become a part of the industry, but it definitely is. People will write songs just to think like ‘Oh this part could do this on TikTok.’”

Recognising that the video platform is “an amazing tool for artists”, she also insists that she has “always been the kind of person that wants everything to be organic”. She adds: “I know that’s not always gonna work. Sometimes you have to be gimmicky and do things for the intent of it blowing up in a certain way, but I just don’t like doing that. It feels fake to me and I just always wanna be authentic, so I don’t think I could ever bring myself to do that.”

Each song on ‘Episodes: Season 1’ will have a counterpart on ‘Season 2’

When O’Brien wrote ‘No More Friends’ – the pop-punk banger of ‘Season 1’ – she knew it was missing something. “I was like: this song needs a feature. It needs someone who can kill it with the vocals and bring the energy,” she says.

When her management proposed the collaboration to Oli Sykes’ team, he was immediately on board. “He was so excited about it, I don’t think anyone has ever been that excited to do a feature for me which just made me so happy because he’s a literal legend,” she says. “Right after he recorded it he DM’d me on Instagram and was like ‘I can’t get the song out of my head, thank you for having me be a part of it.’” She adds that it was amazing to have a collaboration with someone that has “so much credibility in that world”. “He’s just so cool,” she says. “It just made me feel way cooler than I actually am.”

Since TikTok sensation Dixie D’Amelio has dipped her toe into the music world, she’s released a handful of singles, and one of them came from Olivia O’Brien’s archive. “‘FUCKBOY’ was actually gonna be one of my singles a few years ago,” she says. “We were gonna get a feature on it, it was this whole thing, and I was really excited about it, and then it just took too long to happen.”

Not wanting the song to go to waste, she sent a Dropbox folder of old material to D’Amelio, who goes by Dixie on her music releases. ‘FUCKBOY’ was the track that Dixie picked, written by O’Brien. “It’s validating for me as a songwriter to have a song that I wrote that someone else is singing,” she says. “That’s been a goal of mine for a while.” She adds that Dixie has the “best team ever”, so doesn’t need much help from her in navigating the music industry as a newcomer. “I remember before she filmed the music video I saw her and she was talking about how she was nervous and I was like ‘Nah, don’t be nervous’, but that’s still pretty much the only advice I can give to her,” she laughs.

The post Five things we learned from our In Conversation video chat with Olivia O’Brien appeared first on NME.