In a world where the smartphone is now ubiquitous, photographers capture daily life in which the personal device is part of the moment. Whether it is used for communication, navigation, a flashlight, a wallet, or to take photos, it’s an essential part of life for many. 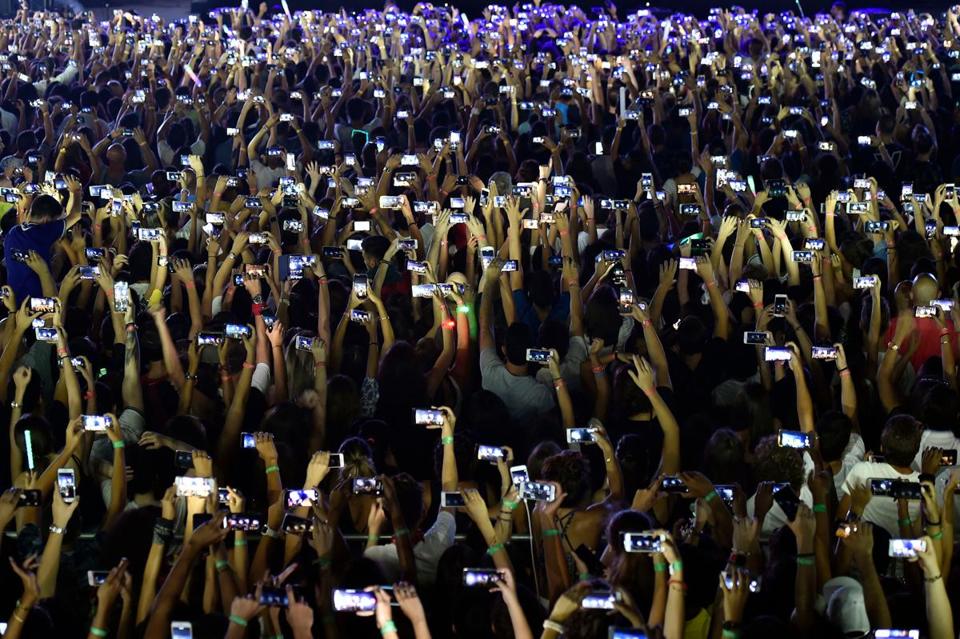 Fans use their phones as they attend a concert by the US DJ/production duo The Chainsmokers at the opening of the annual Byblos International Festival (BIF), in the ancient city of Byblos (Jbeil), north of Beirut, Lebanon, Aug. 1. (Wael Hamzeh/REX/Shutterstock)