For every label in hip-hop, there are ebbs and flows of relevancy. Despite having all of the necessary financial backing and talent scouting capacities, there are times when even the most megalithic record companies struggle to tune into the culture’s frequency. In some cases, they will slip into a rebuilding period. Like a prestigious NBA franchise, they will take time to replenish their roster and await the next superstar or blockbuster release that’s coming down the pipeline. For Dr. Dre’s Aftermath Entertainment, their history has been a constant process of waiting for that next creatively satisfying– and lucrative– boom period.

After leaving the ranks of Ruthless and Death Row when either environment became stifling,  March 22nd, 1996, saw Dre announce that he would be launching his own Interscope-backed imprint where he’d “produce records exclusively for the new label.”

By the end of the year, Aftermath had laid out their manifesto with a compilation record which Dre has since largely discredited. While the record was passable, it didn’t have the spark that was needed for the upstart company to fully propel itself to the front of culture.

“That point of my life, musically, it was just off-balance. I was off track then and trying to find it,” he remarked to Maloud Achour. “It was a period of doubt… It happens with artists. Everything isn’t going to be out of the park… But I was trying to find it and fortunately, Eminem came along.” 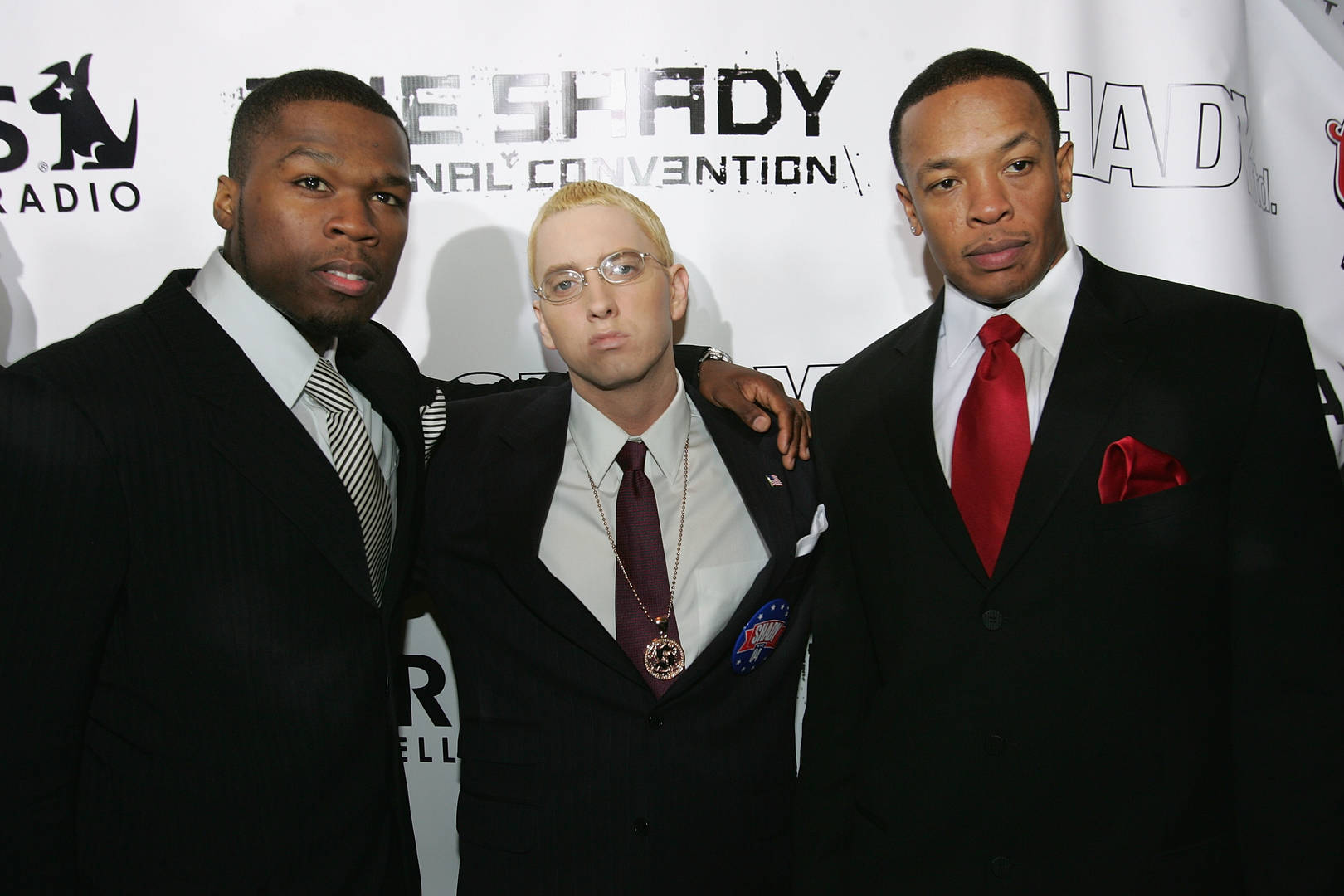 Artists such as Em have ignited Dre’s notoriously interchangeable creative drive. And if West Coast production vet DJ Battlecat’s speculation is to be believed, the label is gearing up for a new era of prominence in which they’ll reclaim their place at the top.

“The Aftermath Takeover has started,” his Instagram post proclaimed, citing a prospective slot in December for long-awaited output from Dre himself. On top of that, the graphic pointed to new music from Xzibit, Californian supergroup Mt. Westmore and Aftermath’s modern-day leading light Kendrick Lamar as key components in Dre’s plan.

This would be a near-unprecedented busy year for Dre and his team at Aftermath if the rumors are true. Typically, the label averages a maximum of two releases a year. As such, it’s hard for them to ever really have a vice-like grip on the world of hip-hop. But as we stand on the precipice of a productive new era for Dre, it’s time to look back on the year in which Aftermath’s seal of excellence was almost inescapable.

With the industry in flux, 2005 was the year in which Aftermath would suddenly find itself commanding all of our attention. Aftermath artists would have four out of the five highest-selling first week numbers in hip-hop that year.

To chart Aftermath’s most productive 12 months, we need to begin in January with the release of The Game’s debut album, The Documentary. Certified as a classic today, the record propelled the Compton rapper to the status of West Coast torchbearer in one fell swoop. 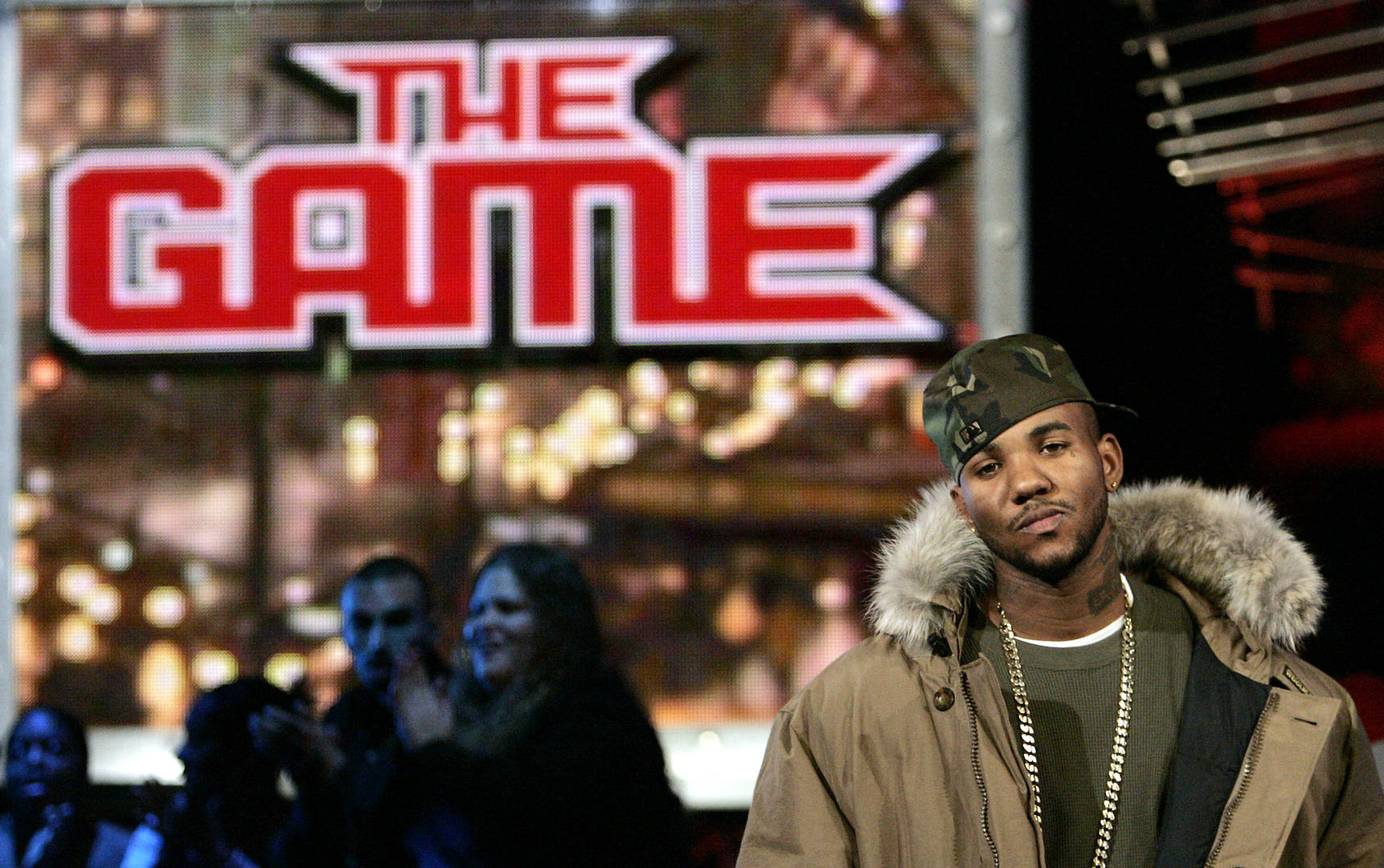 Originally titled N***a Wit A Attitude Vol 1 before an injunction from Tameka Wright, Eazy E’s widow, the album earmarked The Game as one of the most riveting storytellers. Complete with a husky delivery and patented “name-dropping” style, it would seem as though the path to greatness was always paved for Jayceon Taylor. But as he’s since revealed, he was very narrowly dropped from the release schedule entirely until an unlikely supporter pleaded his case to Dr. Dre.

“Jay-Z was the determining factor in Dre really coming back in and locking in on The Documentary,” he told HipHopDX in 2019. “He probably thought in his mind, I’m assuming, I really got to listen, maybe he’s hearing something different… When that came on, Jay was like “that shit is a smash. He came back and locked in and I never knew what happened until one of the mutual homies in A&R told me that Jay Z said this needs to come out.”

Composed of 17 tracks that varied from reflective essays to readymade party anthems, The Game and his all-star cast of guests delivered a project that’d land G-Unit’s first West Coast recruit at the top of the Billboard charts on his first attempt.

On the subject of the famed, era-defining crew, its leader and fellow Aftermath artist, 50 Cent, played a crucial role in the album’s creation.

Unsurprisingly, he hasn’t held back when discussing his part in making the record what it was. 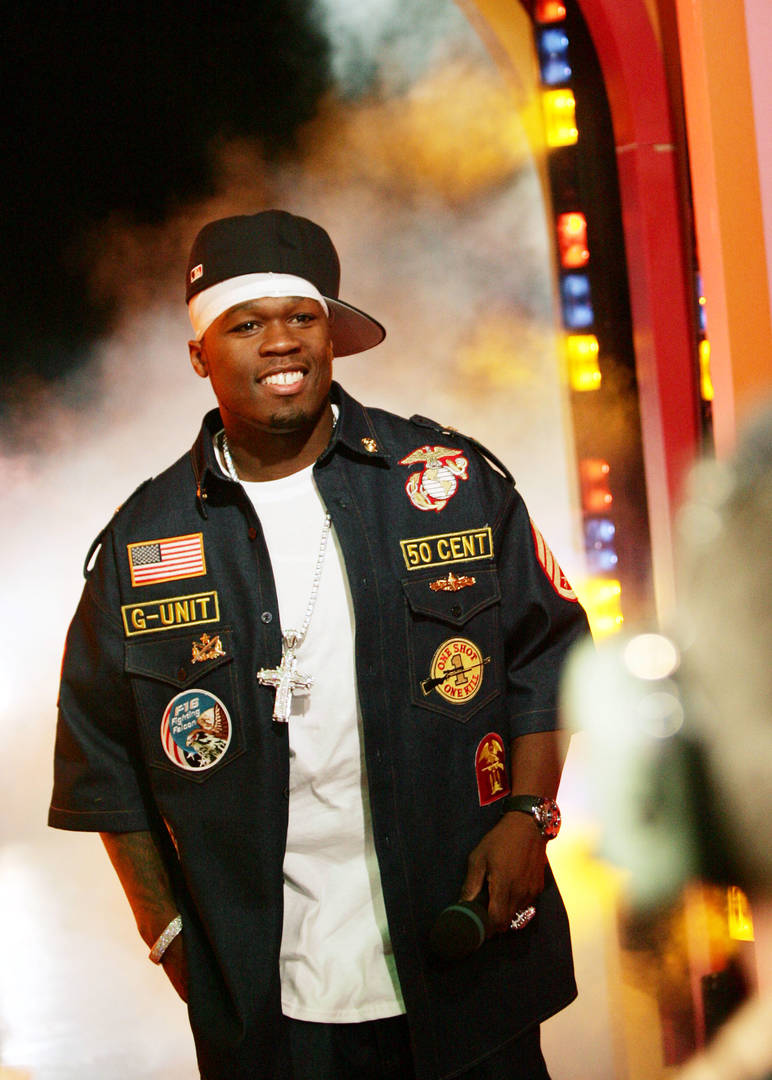 “I ended up flying to Los Angeles because [Interscope boss] Jimmy [Iovine] wanted to meet with me,” Fif told XXL. “They wanted to see if I would work with this other artist that Dre was working with, which was Game. And they said, “The kid can rap, but he’s not a great songwriter. When Jimmy called for me to do it I was like, “Alright, cool, I’ll fix it,” and I gave it [to Game]… I only worked with him for about, I think, four days. ‘Cause I had this album already planned so I was like, “Yo, just do this.” One by one he went through, ’cause he can rap; he wrote the verses and stuff. And when I got back the only one that wasn’t done was “How We Do.” ‘Cause Dre produced that one.”

With sales of 586,000 in its first week, The Documentary was the first step in signifying the arrival of a new force in hip-hop. And by the time that the first quarter was out, events that took place away from the mic would ensure that he was going to have a captive audience for a long, long time.

Two months after The Game’s debut dropped, Aftermath would hurtle back up to the top of the charts with 50 Cent’s sophomore project, The Massacre, Instantly rendered a superstar after his 2003 debut album Get Rich Or Die Tryin’ surpassed critical and commercial expectations, it’s no exaggeration to say that 50 had the Midas touch at this point.

Split between vindictive jibes at his rivals, rueful gangsta rap tales, and several tracks for the ladies, 50 admitted to feeling the pressure to follow up his landmark debut but contended that he’d actually made a more complete picture of himself as an artist.

“Overall I think the record is… I think it just has more details honestly,” he informed Rap Basement ahead of its release. “Like I just took my time to make the record exactly like I wanted to.”

As well as scoring a chart-topping single with “Candy Shop” and becoming Billboard’s number one album of the year, The Massacre promptly elevated 50 to the rank of icon after it became one of only 21 records in history to sell over a million in five days.

Between The Documentary and The Massacre, Dre’s camp had two of the records that didn’t only help to define the sound of 2005, but an entire era in hip-hop. Yet where this partnership would have paid dividends for years, 50 and The Game’s personal relationship crumbled and kept Aftermath in the headlines for different reasons. 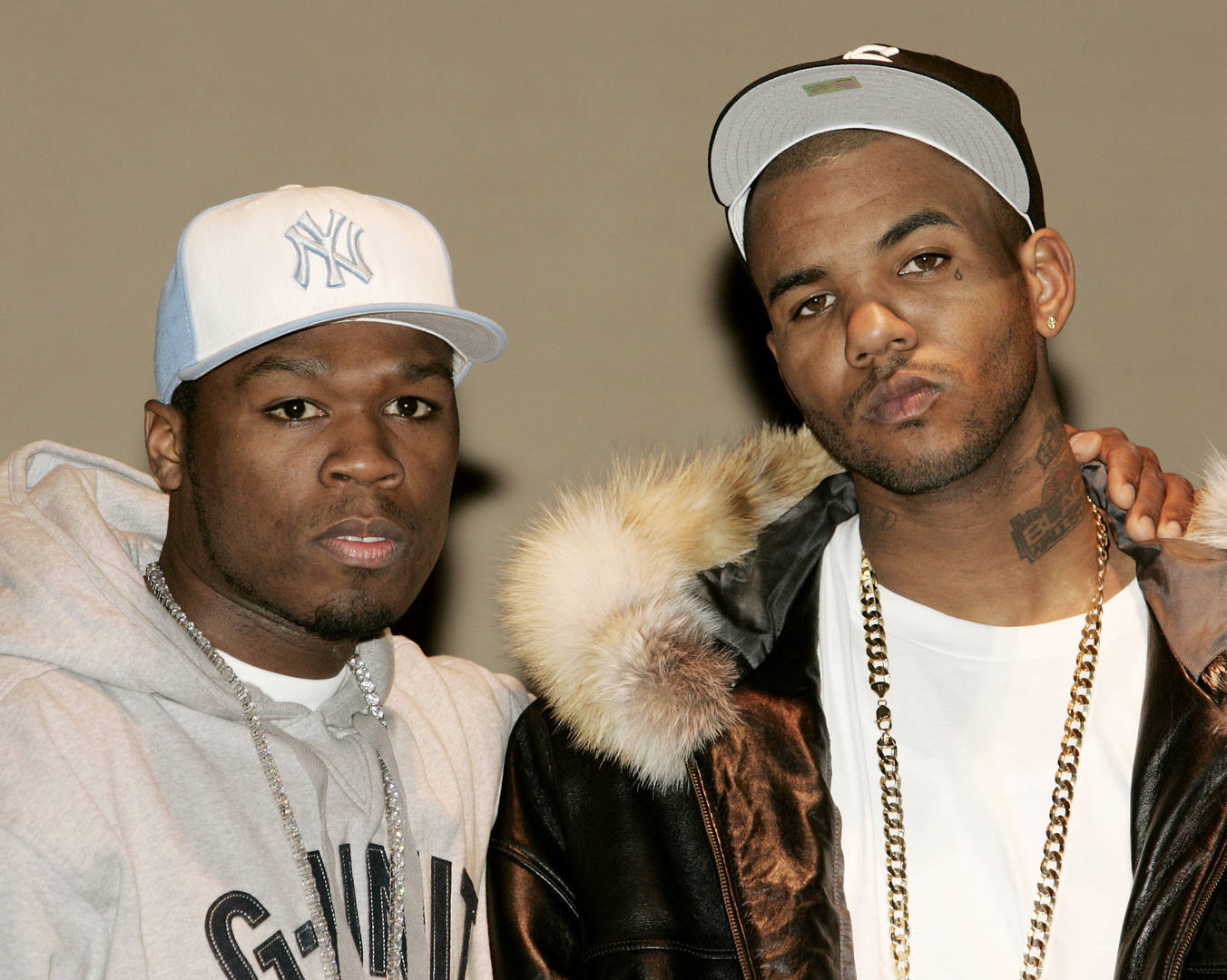 “He came back recently from overseas and he was disrespectful, I think he’s feeling himself,” 50 said during an interview at Power 105. “It’s incredible that he’d come back and forget how much I’ve done for him, personally. He’s not in my camp. No way…. Every record he’s selling is based on me being on his record with him.”

Although The Game had initially batted off claims that he would be leaving G-Unit and that it didn’t matter if they were friends so long as the music kept coming, this wouldn’t do for 50.

Quickly, battle lines were drawn and allegiances cemented, as 50 publicly kicked Game out of G-Unit during an appearance on Funk Flex. Soon, things would progress from interviews to a violent altercation outside Hot 97.

“Me and 50 stared at each other in the eyes with guns drawn. Guns drawn. Two ni**as that was friends and homies and came up in hip-hop together. I don’t even know who fired the first shot; I just know we were shooting at each other,” Game reflected during a trip to the People’s Party. “It wasn’t about nobody else that was there, even though I had 30 ni**as with me, and 50 had 30 ni**as with him, it’s almost a blessing that only one person got hit, and in the leg, for that matter.”

With neither man willing to back down, the beef between a duo as outspoken as 50 and Game meant that the audience was captivated by each diss track, soundbite, and declaration of war that followed. From there, it became the anchor of the news agenda, resulting in countless magazine covers and alleged scoops from ‘insiders’ within G-Unit, Black Wall Street, and Aftermath itself.

This meant that for the remainder of the year, Aftermath’s two warring stars were everywhere, and in 50’s mind, this highly publicized conflict played a pivotal role in The Massacre’s historic sales.

By the end of 2005, tracks from across the two rivals’ albums yielded 5 entries on Billboard’s top 25 songs of the year. Not to mention that in the midst of all of this, November saw 50 release a major, semi-autobiographical motion picture and an accompanying soundtrack that grossed over $46 million worldwide.

As if that wasn’t enough to make this a historic and financially unparalleled year for Aftermath, it was rounded off by a release that brought its flagship talent’s first chapter to a close. 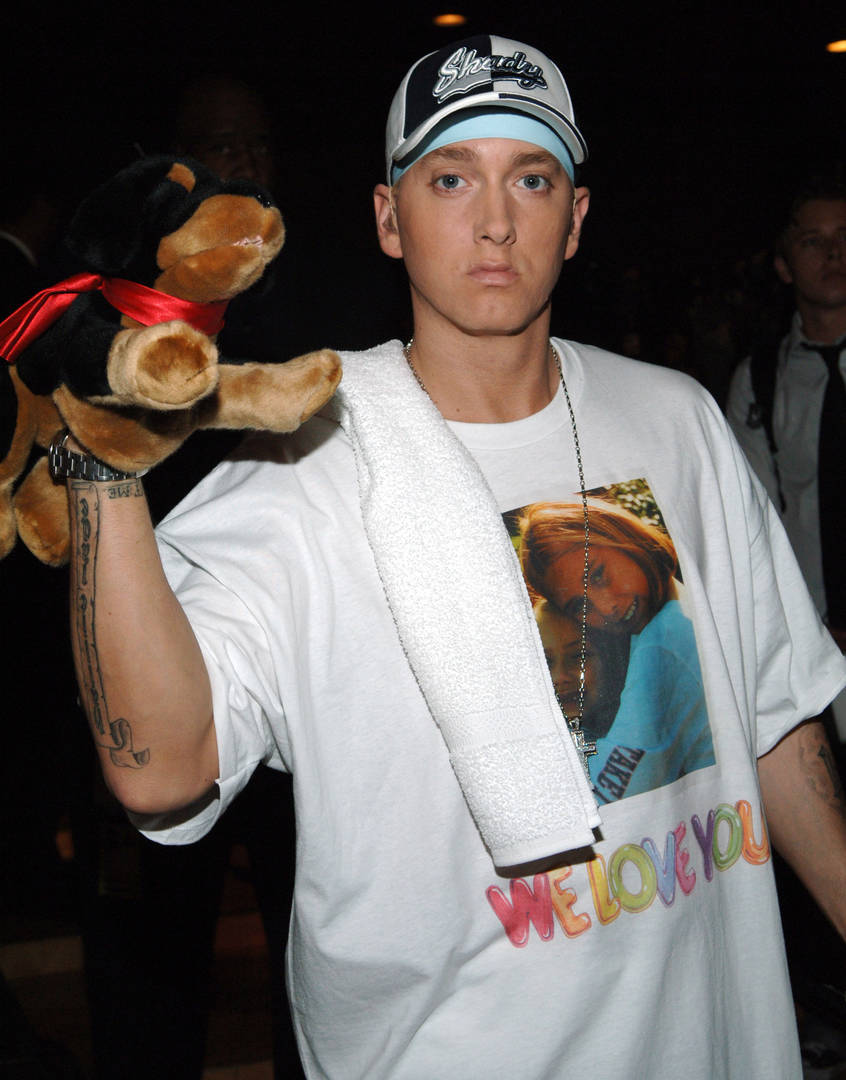 In the throes of personal turmoil and addiction issues, Eminem announced his Curtain Call to the world in October of 2005. Billed as a greatest hits collection that’d feature two new songs in the form of “When I’m Gone” and the infamous “FACK,” the record was unambiguous in its purpose.

As of March of 2021,Curtain Call had spent its 520th week on the Billboard 200, making it the longest-charting rap album by a massive margin, another historic feather in Aftermath’s cap, and above all, the final token of their sheer, unrivaled dominance throughout the year of 2005.

A year defined by both beginnings and endings, 2005 has yet to be equaled in Aftermath’s history and by the following year, they were back to releasing just one project per calendar year with Busta Rhymes’ The Big Bang. But with Dre making his presence felt in a way that his perfectionism would usually make difficult, Kendrick returning from the shadows to a massive amount of intrigue and even a star-studded Superbowl performance on the cards, it seems that if they’re ever going to rival that 12 month spell of prevalence, then the time is now.