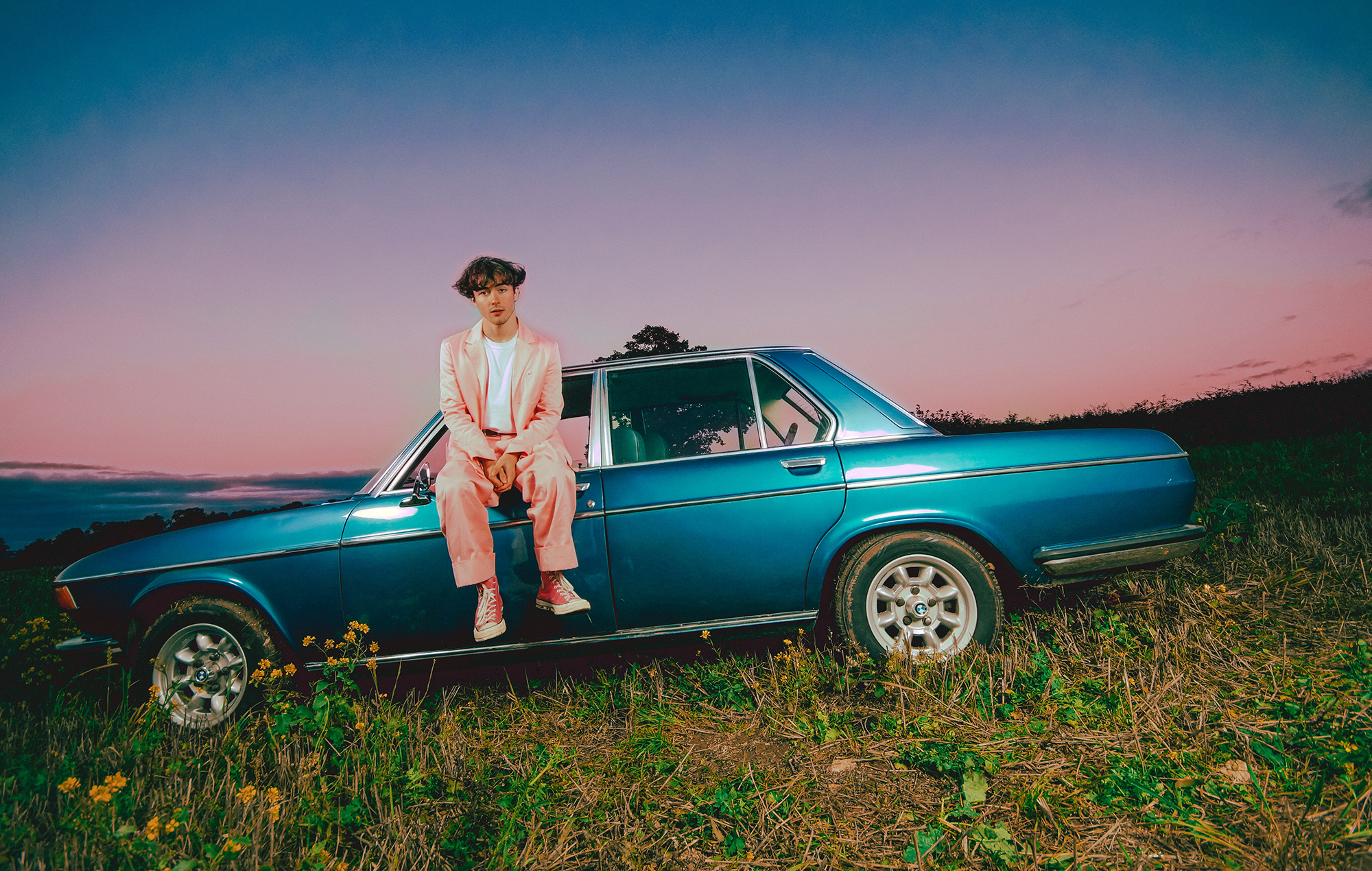 Alfie Templeman was up late in his bedroom a few weeks ago envisioning the return of music festivals in the potentially lockdown-free summer that lies ahead. “What has kept me motivated is hoping that things will get better,” the singer-songwriter and multi-instrumentalist says to NME today over Zoom from his Bedfordshire family home. “And now, I’m more hopeful than ever.”

Templeman has been thinking a lot about the future. After turning 18 in January, he has spent the past few months coming around to the realisation that the ongoing pandemic has robbed him of one of the most formative years of his career. “I was getting used to working against the anxiety I’d feel before a show,” he explains. “But then it was suddenly like: ‘OK, now you’re going to go back home for a year, and reflect on every show you’ve done and think about every single person that was in the audience that probably didn’t like you!’

“Basically, I’ve built up a wall in my head, and the only way I can climb up over it is by getting back out there,” he adds. “The only thing I want is to see people’s faces light up when they finally hear me playing these new songs live.”

Not that he should be worried about returning to the stage, though. Templeman’s chameleonic mini-album ‘Forever Isn’t Long Enough’ – out this Friday (May 7) – is a universal and celebratory rush of optimism for those better days ahead, replete with shoutalong choruses. The eight-track record sees him effortlessly jumping between genres, taking in elements of G-Funk, jazz and ‘80s synth-pop to create direct, fun bangers that perfectly capture his boundary-pushing spirit – something he has honed across a slew of DIY-minded EPs since the release of 2018’s ‘Like An Animal’.

Templeman has long been doing his own thing. His early teenage years centred around an impressive determination to learn as many instruments as possible (he can now play 10, including the sitar, drums and mandolin). His distinctly Gen Z method of making music has also courted attention. Much like his transatlantic contemporaries Omar Apollo and Dominic Fike, Templeman started out writing and producing relaxed guitar-pop songs in his bedroom and recording ideas straight to his iPhone – and that’s how he continues to work today. “I use music as a tool for getting through the days and making life a bit easier, so I’ve got like 2000 voice memos of unfinished songs,” he says, laughing. “I make all of my creative decisions from my room.”

>As well as finding the space to flex his prodigious musical ability – bouncy lead single ‘Everybody’s Gonna Love Somebody’ boasts his tightest rhythm section yet – working on ‘Forever Isn’t Long Enough’ offered Templeman the opportunity to reflect on where he resides within the current British guitar scene. The last 12 months have seen the likes of post-punk units Fontaines D.C., Shame and Black Country, New Road respectively storm the Top 10 of the Official Albums Chart. So as a young, pop-leaning artist that’s still figuring out his sound, does he ever feel like an outsider to the big dogs?

“There are so many cool bands around at the moment and they all have very established fanbases, which is awesome,” he says. “Whereas my fans are quite jotted about. I don’t think there’s anyone who’s going to openly want to listen to an 18-year-old kid: I worry that people are sometimes going to be a little bit embarrassed to be a fan of my music. But I’ve got enough of a following to keep me going, and I often forget that I’m still really young. I’m a perfectionist, so I’m learning to take things slower as I have to make sure that, mentally, I’m doing all right. I enjoy the challenge of my work, but I need my space just as much as any other kid does.”

Templeman is keen to emphasise that the executives at his label, Chess Club Records (who also house fellow indie young guns Phoebe Green, Bloxx, and Coach Party, have not once put pressure on him to deliver his debut full-length album, and instead are happy to let him continue drip-feeding extended releases until he is ready. This valuable support system, paired with his recent openness in discussing his depression (he shares “existential, yet always fun” Zoom calls and a WhatsApp group with close fans), has given him the freedom to prioritise working on himself without needing to align all of his ambitions with his personal growth.

Leaving school at 16 to pursue music is something that Templeman doesn’t regret, but the decision has had a singular, protracted consequence. “I now feel quite disconnected from most kids my age,” he says. “Constantly working on music at home can be a bit depersonalising in a way, as it makes you feel like you’re much older than you actually are.”

Yet his lightning-speed creative turnaround (Templeman has churned out more than 400 “leftover” songs, all of which are credited to his name under a publishing deal) has certainly accelerated his journey: he’s appeared on Top Of The Pops, featured in a global brand campaign with Apple Music and has even had his own 90ft billboard in New York City’s Times Square. But Templeman pinpoints a 2018 article in The Sunday Times as the moment when he realised he’d started to become swept up by the music industry.

“Ever since that day it’s felt like I’ve been living a dream,” he says. “But it has been something that sometimes makes you feel like a bit more of a product, where you have to appear as this singer that others can look up to – even though you’re a really normal, everyday person.”

Does he ever feel like pushing back and returning to making music just for himself?

“I think, eventually, there’ll definitely come a time where I’ll hide away from it all for a few years and just make it known that I’m a living, breathing human being that wants to live my life just like most people that listen to my music do,” he says. “But when I recorded [‘Forever Isn’t Long Enough’], I realised that I had started getting used to taking in all the support – and I think I managed to capture how overwhelming it can be.”

Templeman views this latest mini-album of his as “like a picture frame that hangs up in my room. I can look back at it and reflect while I sit in isolation, awaiting my next journey.”

Radar Roundup: sign up and get our weekly new music newsletter